WASHINGTON, DC - Look out, DC! Wegmans is officially coming to town. The retailer is setting up shop at former Fannie Mae headquarters, where current plans are underway to turn the site into a mixed-use development, anchored by the 86,000-square-foot Wegmans. The overall project, valued at $640 million, officially broke ground December 1. 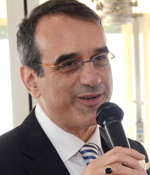 “We’ve received numerous requests for a store in the District ever since we expanded into northern Virginia and Maryland more than a decade ago,” said Ralph Uttaro, Wegmans' SVP of Real Estate. “We’re eager to serve this vibrant community with the best ingredients, restaurant-quality prepared foods, consistent low prices, and incredible customer service.”

Wegmans first revealed that it would be moving into the Washington, DC market in May of last year. This new Wegmans store will sit on the lowest level of the Fannie Mae building—which was acquired by Roadside Development and North American Sekisui House in 2016 for $85 million.

As the DC market heats up, more competitors will be looking to sidle up next to Wegmans. AndNowUKnow will keep you updated on the latest in retail happenings.