WESTERN, U.S. - A crop of wildfires has made the western United States hot, and new weather reports suggest the region is only getting hotter. After a bit of cooling down lent some reprieve from the worst of the wildfires, meteorologists report that temperatures are set to reach near-record levels again into the coming weekend.

“As a ridge of high pressure strengthens and expands through the rest of the week and into the weekend, temperatures will rise to above normal levels across much of the West,” AccuWeather Meteorologist Ryan Adamson said. According to AccuWeather, a high pressure system brings extended periods of dry conditions and sunshine that lead to extreme heat. 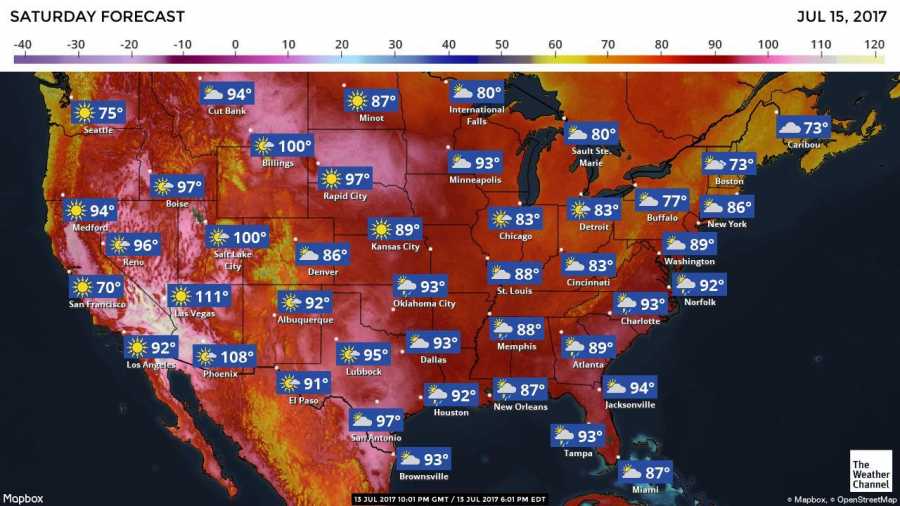 Many locales throughout the western United States are set to reach from 5 to 10 degrees higher than is typical this time of year. As reported by The Weather Channel, these highs will peak over Friday and Saturday, and will include: 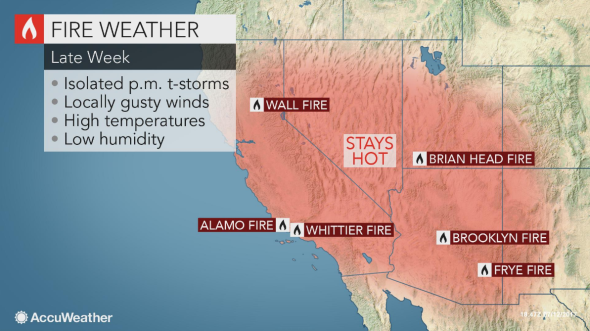 According to the National Interagency Fire Center, wildfires have burned through 3.7 million acres of land across the U.S. in 2017 so far.