AUSTIN, TX - Whole Foods met with vendors yesterday to outline a new loyalty program and further discuss a new in-store system that will provide more consistency and transparency as the company seeks a balance for both its larger and smaller vendors.

The summit was called to assuage concerns from suppliers since seeing some of the changes implemented since Whole Foods’ acquisition by Amazon. Fortune reports that the retailer outlined its new affinity program that it sees as a chance for suppliers to grow. With it, Amazon Prime members will get exclusive discounts on the most popular Whole Foods items, plus additional savings on regular weekly sales.

As for the amount of smaller suppliers versus more commercial, a balance which has been an area of concern as Whole Foods looks to deliver lower prices, the retailer’s President and COO A.C. Gallo told the news source that his team added about 700 new local suppliers last year and will “continue to do that.” 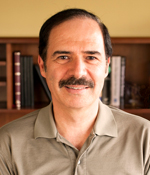 “We realize for a lot of smaller suppliers, we’re a great incubator,” he told Fortune, noting that Whole Foods has the ability to allow a new product to come into just one of its stores.

Instead of nixing regional buyers, Gallo said that a new “hybrid system” frees up the buyers in local markets to scout new items.

This system steps away from Whole Foods’ model that necessitated large national suppliers meet with global buyers in Austin and then each regional office.

“It was cumbersome to do that,” Gallo said of the former process, explaining that the teams started to develop a system under which larger suppliers would only have to liaise with the global team in Austin about two years ago. Now, having been tested, it rolls out this year.

Another area Gallo discussed was creating more accountability on Whole Foods’ side to ensure that promotions and other in-store programs are being run as promised and that pricing is done correctly.

“We’re going to have an internal system in place,” he says, adding that it will lead to better execution and more transparency.

Suppliers will now pay Whole Foods for services that they used to pay a broker for, which came in to stores individually to ensure such processes were being met, but Gallo told Fortune he doesn’t believe it will raise their costs upfront, and that, in the long term, it will reduce their costs.

As for how the retailer has benefited from its new parent, the executive said that speed has been a big advantage.

“Amazon moves very quickly,” Gallo said. “So many of the things we wanted to do over the last few years we didn’t have the ability or resources. They bring the big vision on what’s possible and where things are going.”

So, with that speed, a new, more centralized buying system, in-house services to ensure sign and sales consistency, and an overall promise to not only retain, but boost its commitment to all suppliers, it seems that this year will see a very different operational side for Whole Foods.