The Wisconsin Potato and Vegetable Growers Association Appoints Board Members; Awards Industry Leaders; and Inducts Marv and Norm Worzella into Hall of Fame

WISCONSIN - A lot is happening over at the Wisconsin Potato and Vegetable Growers Association (WPVG) this month. The association named multiple new leaders to its Board, presented several annual Industry Awards, as well as made its next WPVGA Hall of Fame induction.

At a company meeting held on February 4, the WPVGA Board of Directors elected Bill Guenthner of Guenthner Farms as its President for 2021. Guenthner succeeds Rod Gumz of Gumz Muck Farms, who served as Board President in 2020. Alex Okray of Okray Family Farms was elected Vice President, Wes Meddaugh of Heartland Farms was elected Secretary, and Mike Carter of Bushmans’ was elected Treasurer. 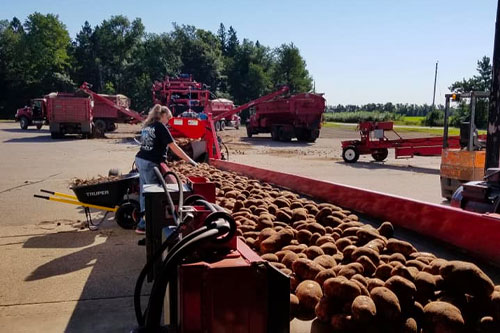 In addition to these appointments, the WPVGA presented annual Industry Awards during a virtual ceremony held February 2–3, 2021. Mike Carter, who served the WPVGA as its Executive Director for 12 years, was named the WPVGA Volunteer of the Year. Alex Okray was also awarded, being named as the WPVGA Young Grower of the Year. 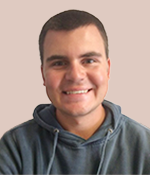 “I decided to join the family business after I graduated because agriculture is a strong field to work in, and because I had a rare opportunity to work for a business my family owns,” Okray says. “I am the fourth generation to work for our company, and it’s great to continue the work my family has been doing for over 100 years. I also enjoy knowing that the work I do helps feed families across the country.”

The WPVGA Researcher of the Year Award went to Dr. Yi Wang, an Assistant Professor and State Extension Specialist working on sustainable vegetable production in the University of Wisconsin-Madison Department of Horticulture. Wang has published 17 manuscripts in peer-reviewed journals and received about $1.5 million in research funding. 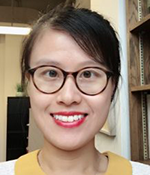 “The goal of my research and extension program is to conduct science-based applied research and collaborate with potato and vegetable growers and processors,” Wang states.

The WPVGA Associate Division Business Person of the Year Award was presented to Kenton Mehlberg of T.I.P. and AgGrow Solutions. While serving as President of the Associate Division the past two years, he has shown distinguished leadership skills, including integrity and positivity along with great vision, according to a press release. 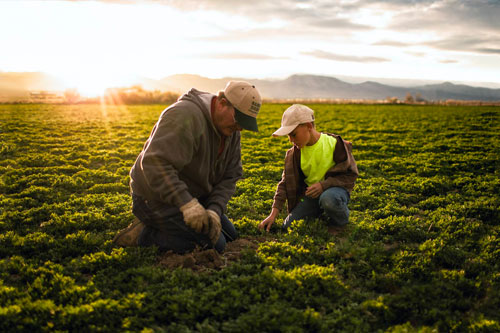 The Agri-Communicator Award for excellence in communication and dedicated service in presenting a positive message about the agricultural industry was presented to Clark Camilli, the Midwest Farms Operations Controller for R.D. Offutt Farms. Camilli has been extremely helpful in working with the WPVGA’s Process/Frozen Committee on a number of processing potato issues.

2020 WPVGA Board President Rod Gumz presented the President’s Award to his brother, Richard Gumz, who, along with Rod, represents the fourth generation of family members working together on the farm. 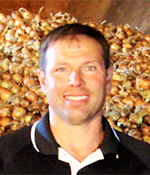 “He and I had the opportunity to buy my grandfather out to continue the tradition of farming,” Rod Gumz says. “We’ve worked together for 25 years, and it’s been a great experience to work with family. I wouldn’t trade it for the world.”

A special WPVGA Industry Appreciation Award was presented to Karen Rasmussen, who serves as the Financial Officer for the WPVGA and handles an ever-increasing workload while performing her duties in a timely fashion.

Last but certainly not least, long-time potato and vegetable growers Norm and Marv Worzella of Worzella & Sons were inducted into the WPVGA Hall of Fame at the industry’s annual awards ceremony held February 3, 2021.

Today, Worzella & Sons of Plover, Wisconsin, grows 1,800 acres of potatoes, along with 3,400 acres of other vegetable crops. 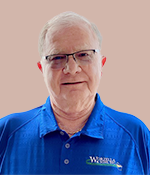 “We are proud of the business’s growth, which is largely attributed to the dedicated employees we’ve had in our 60 years of farming,” says Norm Worzella, CEO of Worzella & Sons. “We are glad to work alongside our sons, who are the third generation of this business.”

Marv, who is CFO, adds, “We learned from our dad from a young age on. We started working with Dad in 1955, and we incorporated in 1964. Dad worked side-by-side with us and taught us how to grow vegetables and get started in farming.”

Working with Louis Wysocki, the WPVGA, and Village of Plover, the Worzellas participated in a land exchange, discontinuing to farm a parcel of fertile land to make room for the Little Plover River Watershed Enhancement Project. The Worzellas also donated more than 20 acres of land to the Farming for the Future Foundation for a new Discovery Center to be built along the Highway 39 corridor, in Plover, within the next two years.

Congratulations to all of the appointed officers, award recipients, and hall-of-famers!

Ranked third in the nation for potato production, and number one east of the Mississippi, our 140 growers work together to...