LUBBOCK, TX - There are some in this life who are lucky enough to learn everything they know from a father like Harold Wilkins. This is what Tommy Wilkins of Grow Farms Texas shares as he honors the recent passing of the father, grandfather, son, husband, advocate, and friend to many who left this world on Monday, June 21, 2021.

Harold was born on March 2, 1940, as the only child of Odus Edward and Bertha Fay (Osborne) Wilkins in Paris, Texas. He married Carolyn Williams on July 20, 1958, in Amarillo, Texas.

Pouring nearly 50 years of his heart and soul into produce, Harold was a man known by many and a mentor to all. Harold began his career in Amarillo, Texas, in 1958 as a Produce Manager for Furr’s Supermarkets. In 1969, he was promoted to Furr’s Produce Buying Office in Lubbock, Texas. In the late 70s, Harold made his way to Director of Produce and when Furr’s sold, he graduated to selling potatoes in Portales, New Mexico, for a year before joining Fleming Foods until 1991. 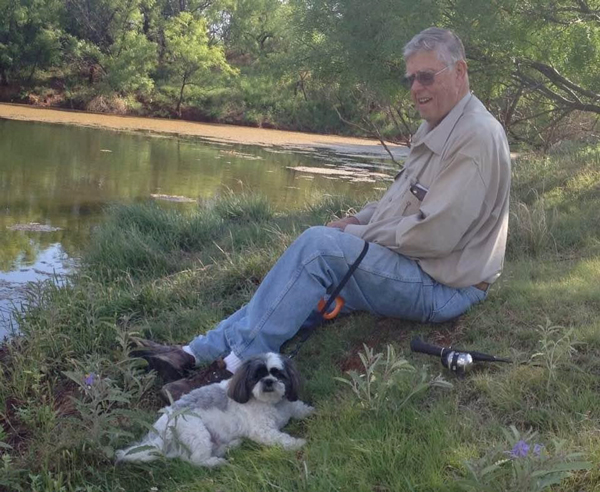 Harold and Tommy formed Wilkins Genova in 1992 and helped United Supermarkets move toward self-distributing in 1994 through 2006. With a passion to rival, Tommy and Harold helped form the partnerships between growers and customers in Texas, according to an obituary. Harold worked for United Supermarkets for a year in 2007 before he hung up his coveted produce apron.

The industry veteran left many friendships and impressions to a new generation. And, while produce was his passion, Harold’s life was defined with his wife, Carolyn, of 62 years. Survivors include his wife, Carolyn Wilkins; their sons, Tommy Dean (Barbara) Wilkins and Jerry Don (Jolyn) Wilkins; grandchildren, Randal Foster (Dusty), Jeremy Wilkins (Maddie), Jason Wilkins (Seena), and Jessica Wilkins; and great-grandchildren, Kipton Foster, Margo Wilkins, and Reid Wilkins. He is preceded in death by his parents, Odus and Bertha Wilkins.

Please take a moment to view the Life Tribute, a video of photographs set to Harold’s favorite music. Click to watch the video here.

His family will host a time of fellowship and remembrance from 6:00 p.m. to 8:00 p.m. Wednesday, June 23, 2021, at Lake Ridge Chapel and Memorial Designers. There will also be a live-streamed service, and guests can sign his virtual guestbook and download his memorial keepsake folder to your device for printing here on this page.

AndNowUKnow would like to extend our deepest condolences to Harold’s family, friends, and all those who knew him. Our prayers, thoughts, and hearts are with you.