OHIO - William W. Haase has passed away at the age of 63 on October 25, 2018 after a long battle with health issues. He was born October 29, 1954 to Shirley Haase and William X. Haase in Bay Village, Ohio. He enjoyed skiing Whitefish Mountain, target shooting, riding his horse in the mountains, and spending time with his family and friends. 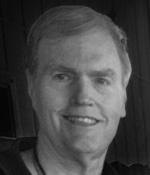 After graduating from Bay High School in 1973, he worked at U.S. Steel. He later became a sheriff’s deputy in Monroe County, Florida, starting as a janitor and climbing the ladder to Detective. On July 23, 1978, Haase married Mary Kerr in Plantation Key, Florida. He went on to graduate summa cum laude from Cleveland State University in 1983. After graduating college, he worked as a Sales Representative at U.S. Lines in Ohio and finished his career as Brazilian Sales Manager in 1987. He then joined the Del Monte Fresh sales team in Miami, Florida, rising the ranks to VP of North American Sales and Marketing. In 1994, he moved to Whitefish, Montana, and partnered with the True Value/Ben Franklin. In 1997, Haase took a CEO position at Sunsweet for three years and, in 2000, he became a partner in Delicious Foods, which owned Made in Nature and Del Monte brands for dried fruits and nuts.

“Bill Haase served as Sunsweet President from 1997 to 2000 during a difficult period of oversupply. Under his direction, Sunsweet increased advertising, modernized Sunsweet branding, launched multiple new products, opened a representative sales office in Japan, and upgraded its legacy IT systems to modern ERP SAP software,” Dane Lance, current President & CEO of Sunsweet shared. “After his departure from Sunsweet in 2000 for health reasons, Bill’s impact continued to be felt with two of the people he brought to Sunsweet, first Harold Schenker then Arthur Driscoll, each in turn very successfully leading Sunsweet as President and CEO for the next thirteen years.”

In lieu of flowers, donations may be made to the Tobacco Valley Animal Shelter or All Saints Episcopal Church.

Our thoughts and prayers are with the Haase family during this time.