BAKERSFIELD, CA - It is with great sadness that Giumarra Vineyards Corporation announces the passing of John Giumarra Jr. on June 30, 2019. Giumarra was renowned in the industry as a talented leader, powerful mentor, and hard worker with a dedication and passion for Giumarra Vineyards and his family. He will always be remembered as one who worked hard, played hard, and who did it all with admirable grace and zest.

“John Jr. was very charismatic and a diverse leader. His skill set included being an attorney, and he also had a vast understanding of marketing and a vision for the future. This was exhibited by the strong breeding program fostered by Giumarra Vineyards and the varieties that are now in the ground. But at the end of the day, what I most admired about John Jr. was his dedication to his family despite a very busy schedule,” said John Corsaro, CEO of the Giumarra Companies. 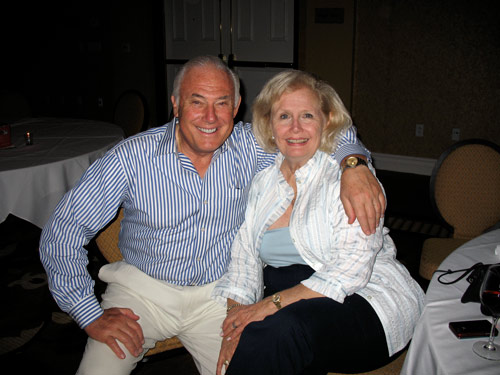 Giumarra began his career after receiving a Bachelor of Science in Business Administration from the University of California at Berkeley and a Juris Doctor degree from Stanford University. He was a Book Review Editor of the Stanford Law Review, and attended UCLA’s Graduate School of Business Administration. After graduating from Stanford Law School, John became an attorney with Rutan & Tucker, LLP in Newport Beach, California, where he practiced until he was asked by his father and uncles to move back to Bakersfield to help with legal matters at their family company, Giumarra Vineyards.

From the beginning of his tenure, John applied his legal education and experience to serve as the company’s in-house counsel. He successfully negotiated many contracts with chain stores, growers, exporters, and licensees on behalf of Giumarra Vineyards and its related entities. He also impacted negotiations within the industry with government officials and foreign governments and helped in the resolution of a historic labor dispute, according to a press release. He was known for being strategic in his thinking and very eloquent both in his speech and writing.

“On behalf of the entire Giumarra and Corsaro families, I want to thank all of our friends and partners in the industry for their incredibly heartfelt outreach of love and support in the wake of my father’s passing. It has been an overwhelming tribute to the man who impacted so many lives and it reinforces how blessed we are to be in this industry. I knew from a young age that my passion was to work with my dad, the man that I admired more so than any other. I am so blessed to have spent my entire career working by his side, learning so much—most importantly to treat every human being with an equal level of respect and to appreciate every day as a gift. His love for life was immeasurable; his energy near endless; his charisma infectious; and his commitment to family, friends, and the success of our industry was his tireless goal. Our family is eternally grateful and we will miss him dearly,” said Randy Giumarra, VP Sales, Giumarra Vineyards Corp. 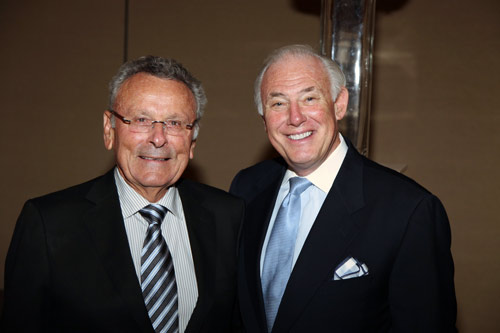 In addition to Corporate Attorney, Giumarra also became the face of Giumarra Vineyards to the trade, joining his cousin Sal Giumarra, who served as President at the time. In this position, Giumarra worked as a tireless promoter of the Grape King and Arra labels, and even participated in naming the ARRA 15 Sweeties® variety. As a marketer, he formed business relationships with buyers and executives within the industry, forging many long-lasting friendships.

“John Giumarra provided me with many life lessons throughout our 35 year relationship. Among the most cherished memories were numerous firsts in my life. Playing golf for the first time, touring a vineyard, learning everything he imparted about grapes, and a myriad of shared meals that became celebrated events will resonate with me forever,” said Derrick Jenkins, Director of Produce and Floral, Wakefern Food Corp.

In the early 1980’s, Giumarra and his cousins saw the opportunity in the country of Chile and the positive impact that importing Chilean-grown grapes in the off-season could have on the U.S. market. Giumarra signed his first marketing contract with Frucentro S.A. in Chile, a relationship that is still in effect today. Many other agreements followed, and steadfast relationships developed. Working as a team with Don Corsaro, former President and current Chairman of the Giumarra Companies, the Giumarra import program grew to become one of the largest in the industry, with arrivals on both U.S. coasts.

“John's most admirable quality as a person was his ability to make everyone he met feel important, valued, and equal. John's willingness to share his vast knowledge and experience have become personal core tenets and I hope that I adequately expressed my gratitude to him in our relationship for cultivating this value in me. John will be sorely missed as an icon in the produce industry and more importantly in this world as a wonderful man. I am indebted to him as a role model and will do my best to pay homage to his legacy by emulating his character in my own life,” continued Jenkins.

Giumarra also had a passion for all things wine-related, having grown up under his father’s wing on the Giumarra Vineyards Winery. This ultimately led Giumarra to be considered a wine expert and connoisseur. He was also involved in the wine-making process, as well as the sales and marketing of bottled and bulk wine. He became actively involved in the wine industry and was on the wine tasting panel of the Los Angeles Times newspaper for many years. His love for wine and great food led him to serve as Chairman of the Wine Institute from 1992 to 1993, and later to serve on the Board of Trustees of the Culinary Institute of America, the premiere culinary teaching institution in the United States. There, he also served as Finance Committee Chairman.

“John will be missed by so many. I will never forget how he taught us all how to treat people, with respect and a smile. In his kind and gentlemanly way, he uniquely encouraged friendships between his growers and customers,” said Tom Kovacevich, Owner/CEO of TM Kovacevich.

In the 1990’s, Giumarra was approached by the Karniel family about the possibility of starting a grape breeding collaboration in California. This led the two families to form Agricultural Research & Development Corporation, which has grown to become one of the premier table grape breeding companies in the world. In this partnership, Giumarra was instrumental in working on the early licensing and contract negotiations for the ARRA™ varieties, and has been an advocate to the trade for Sweeties®, Passion Fire®, Passion Punch®, Mystic Dream®, and Sugar Drop™.

In 2015, Giumarra became the President of Giumarra Vineyards. He also began a program of vineyard rejuvenation and varietal renewal to position Giumarra Vineyards for future success. All of these successes culminated in Giumarra’s greatest legacy: the contributions he made to the table grape industry through his role on various industry boards and committees, including Chairman of the Board of Directors of the California Grape and Tree Fruit League, the Board of Directors of the United Fresh Fruit and Vegetable Association, and the Produce Marketing Association.

“John was a champion for the industry. In his role on the commission he made a significant difference to the industry,” said Kathleen Nave, President and CEO of the California Table Grape Commission. “I truly believe that the success the industry has had in exports is due in large part to his leadership. His focus on targeting promotion dollars, on reducing tariffs, on opening new markets…all paved the way for individual shippers to sell theirs grapes into a bigger, better, marketplace. He helped create the patenting and licensing program and was instrumental in helping us sort through legal matters of all kinds. He helped create the health research program and was a big supporter of it and its promise. He never worked on the easy stuff!”

John’s commitment to the industry can be best illustrated by his 33-year tenure of service and leadership with the California Table Grape Commission, where he served terms both as Chairman of the Board of Directors and Executive Committee Chairman. He also served 23 years as Chair of the Export Committee, sat on the Executive Committee for 27 years, and was a member of the Intellectual Property Committee.

“John has served continuously since 1985 and has led the Export Committee for most of his tenure, shaping the development of a worldwide promotion program. As a member of the Executive and Intellectual Property Committees, John has essentially served as in-house counsel on many issues for many years.” Nave continued. “John was an eloquent spokesperson whether he was advocating for the industry, a political campaign, or a charity. In his ‘spare time’ he helped raise millions of dollars for Cal State University Bakersfield as Chairman of the Annual CSUB Athletics Spring BBQ since its inception in 1972. He had many friends within the industry, including suppliers, customers, as well as competitors, and also within the local community. He considered employees and many suppliers as part of the extended Giumarra Family, or in John’s words, ‘Team Giumarra.’”

In addition to his passion for the industry, Giumarra loved golf and enjoyed the social opportunities it afforded him. He was also a wonderful host, and his dinner parties and celebrations have reached legendary status.

AndNowUKnow offers our deepest condolences to the Giumarra and Corsaro families during this time.

Envy™ Apples Partners With Ellen K and Social Retailers to...