WAYNE, IL - The world needs more Mark Clausens. This is the sentiment shared by many as they celebrate the life of a fresh produce industry veteran and advocate who left us too soon. With gratitude and appreciation for the gifts he brought to those in his life as a true industry professional and mentor to many, we honor Mark with this tribute.

Mark W. Clausen of Wayne, Illinois, (formerly of Burr Ridge), left us on October 19, 2019, surrounded by family and friends. He was 55 when he passed away.

Mark began his journey in this life in August of 1964, born to Rose Marie (neé Nowicki) and William Clausen. The Clausens were longtime residents of Mt. Prospect and were very involved with community events. Mark was a 1982 honors graduate from Forest View High School, playing in the symphonic, marching, and jazz bands. He earned a Bachelor's degree in marketing from DePaul University. 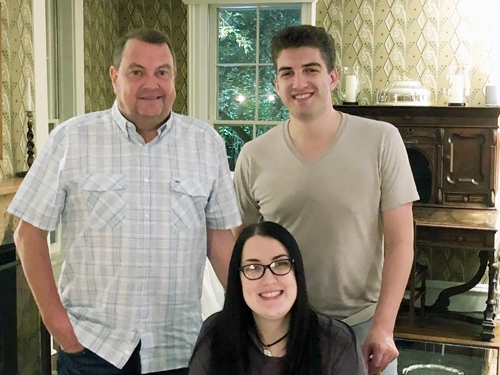 Hired straight from graduation by PMI Marketers, Mark entered the company’s executive training program. Through his gift of gab and comedic storytelling, Mark quickly rose through the ranks to become Senior Vice President of Acosta's Fresh Foods Program. Mark’s loved ones share that Mark was well known in the food wholesale supply business and his long term professional relationships were a source of great pride to him.

After leaving Acosta, he became President of MicroTek, a technology education company. He was always the deal maker, always with many irons in the fire, and always using the phrase, "You know I'm in the business."

Another source of great pride for Mark was his children. He is survived by his son Will and daughter Gabrielle, his beloved fiancé and long-time partner Jaime Begley, brothers Mike Lewens (Liz) and Bill Lewens (Kelly), step-father John Flaherty and his eight children (Mark's step-siblings), and countless friends.

Mark was an extraordinarily generous man who enjoyed traveling the world with Jaime, VIP access to rock concerts, relaxing with Jaime and their four dogs in their backyard, and playing Petanque (which Mark mastered quickly) at their country club. He was an avid collector of military memorabilia, many fabulous motorcars, and played a most impressive drum set.

In lieu of flowers, the family asked for donations to Mark’s two favorite charities: REGAP of Illinois to help out the retired greyhounds, which were such a big part of Mark’s family, and Boys’ Town of Nebraska. Mark and his late father were big believers in the mission of Boys’ Town. He would always say, "There’s no such thing as a bad boy.”

Mark is missed deeply by his friends and family. We extend our deepest condolences to all those who knew Mark and were touched by his passion and love.