MOUND, MN - We lost an indelible leader when Founder and former Owner of GoldenSun Insights, Don Goodwin, sadly passed away on April 18 at the age of 58. Paying tribute to this industry luminary’s life, we had the opportunity to learn more about Goodwin’s philanthropic efforts in the local community.

"Don's passion for the produce industry carried over into his philanthropy work,” said Naba Bakar, Director of Marketing, GoldenSun Insights. “He was adamant about giving back to his local community and ensuring that fresh produce was readily available to those in need. We hope to continue his legacy by annually supporting the Don Goodwin Memorial Food Bank."

His impact was recently made evident by Minnesota-based news source Laker Pioneer, which reported on three upcoming farmers markets dedicated to Don Goodwin’s efforts in previous years. Local churches and gardening volunteers teamed up with Westonka Food Shelf (WFS) to host the markets, the first of which will be held on June 12. 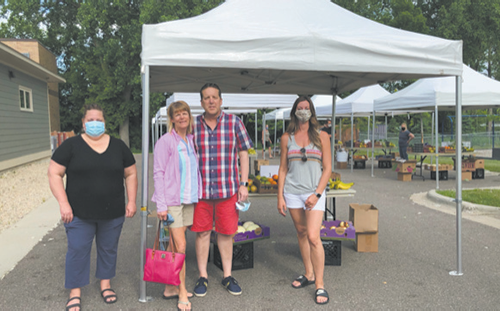 According to the report, Goodwin made a pivotal contribution to WFS last year, allowing the organization to hold a similar market as the one taking place this weekend. He donated $2,500 to the cause, in addition to much of the fresh produce that was distributed to over 100 WFS patrons at the market.

This year’s markets further Goodwin’s vision for more accessible fresh produce for those who need it most.

“We're hoping that we’ll be able to provide a lot of the fruits and vegetables that are so expensive that really they’re kind of unobtainable,” said WFS Director Michelle Bottenfield. “Maybe [the community members] don’t need that day-to-day support like our registered patrons do, but if it helps alleviate a little of that living paycheck to paycheck…then it’s a good thing.”

For more on the life and legacy of Don Goodwin, please read the In Memoriam article we published in April.

I think I speak for our entire team at AndNowUKnow when I say thank you to Don Goodwin for the inspiration he provided to us all.