IDAHO FALLS, ID - Kent Romrell, one of the original founders and former Senior Vice President of Sales at Potandon Produce LLC has passed away at the age of 70. Survived by his wife Deon, four children, and several grandchildren, Kent had succumbed to an inoperable brain tumor which he had been undergoing treatment for since August 26th, 2016.

Kent dedicated more than 30 years of his life to the fresh produce industry, retiring from Potandon Produce in March 2013. Throughout those three decades in the potato and onion industry, his career has been interwoven with many companies and many lives.

Kent began his produce career in 1983, joining the R.T. French Company, and later with Pillsbury Foods after its buyout in 1985. In 1995, Kent, with the aid of fellow Pillsbury management Jeff Sholl, Mel Davenport, and Steve Ottum, formed Potandon Produce following a buyout of the company’s fresh potato and onion division. 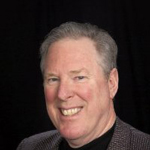 "There are some people you meet, as you go through your career, who are bigger than life. Kent was one of those people,” Jeff Sholl, Managing Partner Potandon LLC, shared about his longtime cohort. “Kent was a true character, and his passing makes the world a poorer place. We all have lost true friend and important colleague. Kent left his stamp on Potandon and his many contributions and lasting legacy will not be forgot. Kent will be missed.”

As one of the founding partners of Potandon Produce LLC, Kent led the sales department until his retirement, according to a press release. The company stated he was an integral part in guiding Potandon on the path that would see it grow to be one of the largest marketer of fresh potatoes in the U.S, as well as helped introduce many new potato varieties into the marketplace. His guidance and forward thinking made an impact on the fresh potato industry that will not be forgotten.

“I’m going to sorely miss Kent and his passing leaves a huge hole in my life,” Dick Thomas, Potandon’s current Senior Vice President of Sales said of Kent’s passing. “He taught me the fresh potato business over the 23 years we worked together. Whether it was business, personal, or on the golf course, Kent was always there for me.”

Mel Davenport, CEO of Potandon also shared his thoughts on the CoFounder’s passing, “Kent was a terrific friend and partner. He was one of a group that established Potandon as an innovative and leading produce company. He will be truly missed.”

Steve Ottum, Potandon’s President added, "If it were not for Kent, Potandon would not be where it is today. But more importantly he was a great partner, friend, and one of the most caring people I have ever known. And oh my how he loved golf. He would teach you little things about golf, even while he was taking your money! He will be missed. On behalf of the Potandon employees and owners our thoughts and prayers are with Kent's entire family."

“Kent’s contributions to the produce industry are too numerous to count, and the impact he had on my life, both professionally and personally, cannot be expressed with words. He lived his life to the fullest and he will never be forgotten,” remarked Ralph Schwartz, Vice President of Sales.

As of the time of the company’s notice, arrangements had not been yet been announced.

The AndNowUKnow staff would like to offer our sincere condolences to Kent’s friends and family during this difficult time.