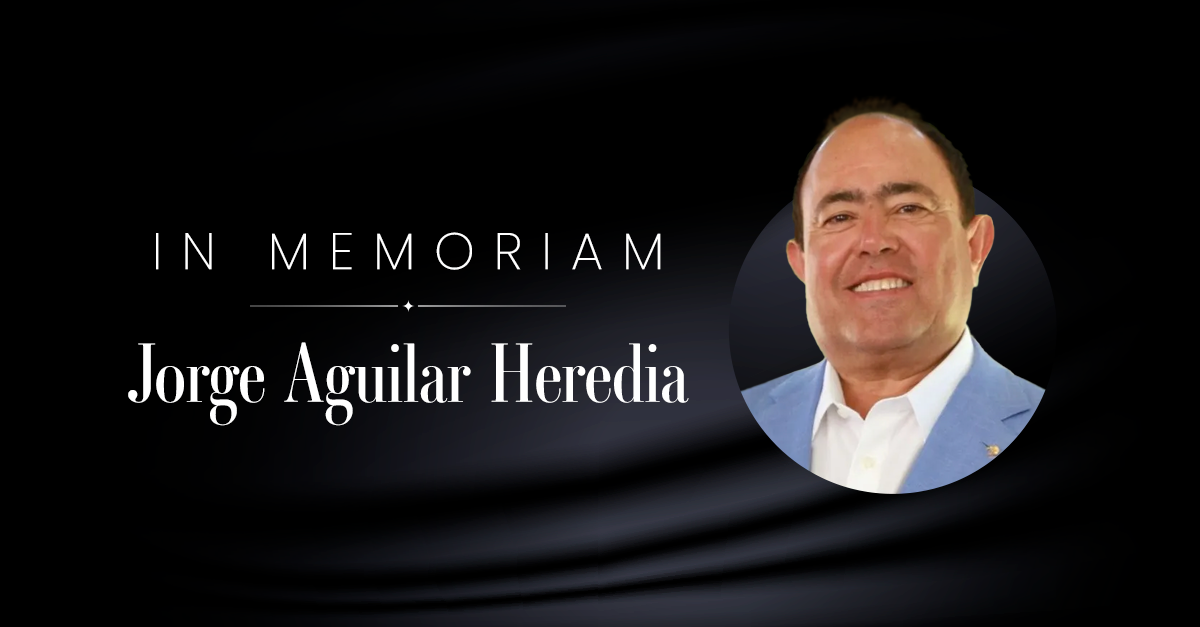 COLIMA, MEXICO - It is with a heavy heart that we announce the recent passing of Jorge Aguilar Heredia. The President and Founder of Coliman Group passed away on July 30 at the age of 62.

Jorge Aguilar Heredia formally founded AGGALL Coliman Group in 1978, when he inaugurated the first sales center in Hermosillo, Sonora, Mexico. Today, Coliman has commercial and distribution centers in the border states of California and Arizona, in the United States, as well as commercial offices in the United Kingdom.

Aguilar Heredia was a pioneer of Fair Trade advancement in the banana industry, the company noted. He also supported hundreds of charities, and was one of the main donors to the network of Food Banks in Mexico.

His main legacy will be the continuation of his honesty, innovation, and humanity, as those who worked closely with him relayed. He was distinguished by his tireless work, which began at the age of 19. His generosity gave an exalted life to each of his collaborators, leading with a smile and kindness and promoting cordiality between each member. Furthermore, his enthusiasm was reflected in the quality of the fruit he produced.

Coliman stated that Aguilar Heredia was a pillar that helped whoever approached him, and he will be deeply missed by all. He is survived by his wife Sandra Gallegos de Aguilar, his son Jorge Ángel, his daughters Sandra and Karen, as well as his eight grandchildren.

We extend our deepest condolences to the family members, friends, and colleagues who mourn the loss of this indelible leader.