LOS ALAMITOS, CA - The Ball Design booth at the PMA Fresh Summit 2018 will take a unique approach to the company’s newly minted tradition of featuring an oil-painting portrait demonstration in the booth. This year the portrait will honor produce trailblazer Dr. Frieda Rapoport Caplan in celebration of her 95th birthday. 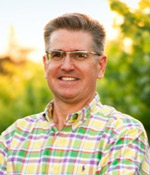 "At the time of deciding who I was going to feature for our oil-painting demonstration, we were blessed to receive a press announcement regarding Frieda Caplan's 95th birthday,” said John Ball, Owner of Ball Design. “It was an instant realization of who better to feature than a true icon of the produce industry, Frieda Rapoport Caplan. Frieda's famous captivating smile and the twinkle in her eye made the decision all the more easier."

The portrait subject matter has typically been of farmers or husband-and-wife pairings. “It is a nice change to use a woman as subject matter instead of all of the old guys that we have done in the past,” said Ball. “This will be our first woman-only portrait.”

The subject of the 2015 documentary film “Fear No Fruit,” Frieda was the first woman in the U.S. to own and operate a produce company on the all-male Los Angeles Wholesale Produce Market. She started with unusual and new-to-market specialties, including the successful introduction of kiwifruit to the American market in 1962. Frieda and her company would go on to inspire new food experiences for chefs and home cooks by introducing more than 200 exotic fruits and vegetables to American consumers over the years. Just a few are Sunchokes®, dragon fruit, habanero peppers, jicama, and Stokes Purple® sweet potatoes. 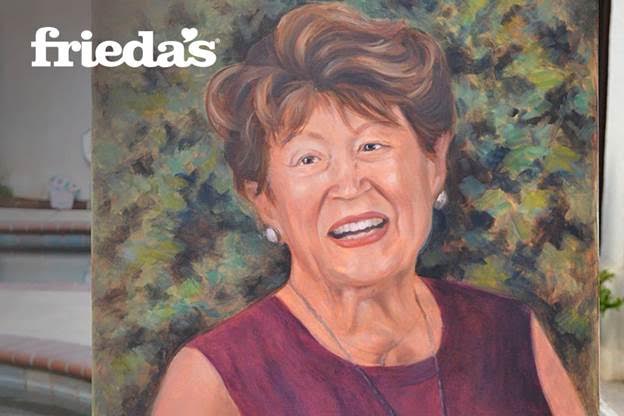 Ball Design partnered with Legacy Ranch Heirloom Portraiture to showcase the 24-by-30-inch portrait at the trade show. Nic Lacovetti is the artist. The painting demonstration of Frieda's portrait can be seen in the Ball Design booth #637 at the 2018 PMA Fresh Summit in Orlando.

Legacy Ranch specializes in fine portrait oil paintings of beloved patriarchs, matriarchs, and leaders in the produce and food industries, both past and present.

Ball Design, based in Fresno, California, has been a leader in produce and food marketing design for over 30 years.