WASHINGTON, DC - Representatives of the Trump and Biden Presidential Campaigns tangled live at the United Fresh Annual Washington Conference, advocating their case for why their candidate was the best choice for the produce industry to lead the country for the next four years.

“We don’t expect fisticuffs online, but be ready for some verbal sparring as election season heats up at high noon, EDT on Wednesday, September 23,” said United Fresh President and CEO Tom Stenzel ahead of the event.

“We’ve worked closely over the years with both Ray Starling and Tom Vilsack, who are both well-respected and well-positioned to provide key insights on what our industry can expect under either the Trump or Biden administrations in 2021 and beyond,” Stenzel said. 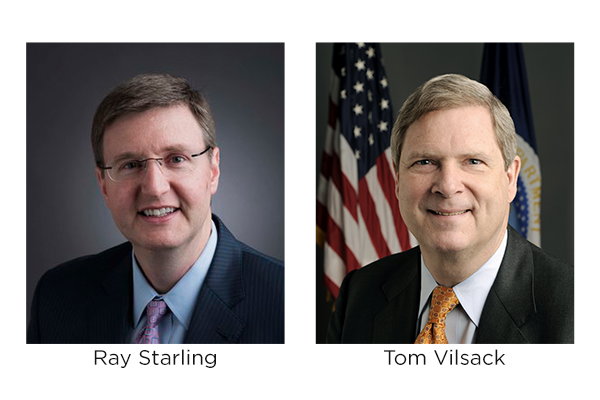 Later, at 6:00 p.m. EDT, attendees then convened for our own Produce Industry Election Night Celebration networking event, where we had some fun debates on the issues and then casted our votes to see which candidate our attendees would choose as our next President. There were prizes for the Zoom breakout team that came closest to guessing the final vote totals for online polling.

To find more information about this event, click here.