As we previously reported in our recap of the convention’s highlights, this product was one of the five to be awarded the Impact Awards: Excellence in Packaging among 71 entries from 57 different companies. 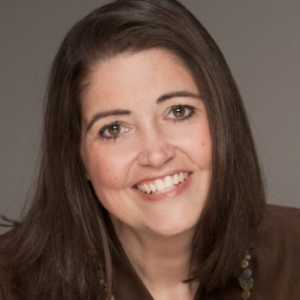 “We are so excited about winning the Impact Award, because it was such a cross functional team effort between both our U.S. and Australia teams,” Margaret Laport, North American Marketing Director for the company, tells me. While the company was established globally in 1999, it has been in the U.S. since 2003, Margaret explained.

Released just in time for the holiday season, the line includes five flavors:

According to the company, more than four years of consumer and trade research across the globe, including surveys, focus groups and home‐user tests went into finding that consumers are looking to be more experimental with herbs and spices. The packaging, it stated, was specifically designed to help consumers feel more confident about using herbs and spices. 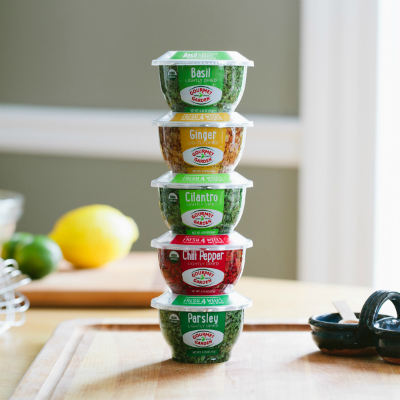 “We were so happy because we took so much time to make sure it was a consumer-focused product, and for being such a small herb and spice company this is a huge honor for us,” Margaret said.

The bowls the products come in are recyclable or reusable, stackable, and keeps the herbs fresh for up to four weeks. Made in a prep bowl style, the container allows consumers to use a spoon or their fingers, resting snugly in the palm to given them a “more culinary experience.” 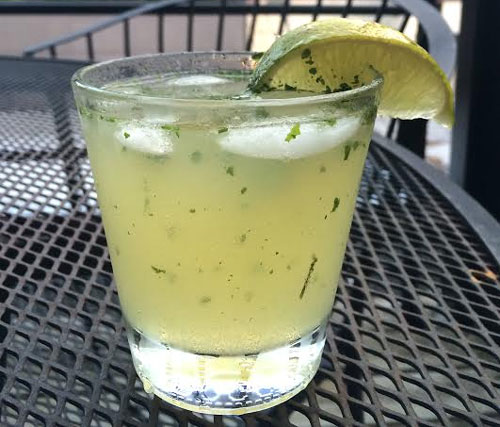 This item is recommended to help kick up a salad, as well as for stirring into sauces, soups, and other various dishes.

Congratulations to the Gourmet Garden team on this achievement!

Gourmet Garden is an ideal solution for busy cooks who don’t want to lose out on flavor for their weekday cooking. Our...