WASHINGTON, DC- The $428-billion farm bill has passed its next major hurdle, with the Senate version passing in a 86-11 vote. Included in the bill is continued funding for the specialty crop research, new funding in the fight against citrus greening, continued support of export programs, as well as support for both the Supplemental Nutrition Assistance Program (SNAP) and Food Insecurity Nutrition Incentive (FINI) program, which allow additional access to fresh produce for low income and food insecure families. Several associations that represent fresh produce have already voiced support for the bill. 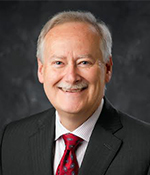 “Yesterday’s vote is a testament to the tenacity of Senators Roberts and Stabenow, and demonstrates that a bipartisan approach to important policy measures is the best way to make improvements to policies and programs the fresh produce industry relies on,” said Tom Stenzel, President & CEO of United Fresh Produce Association. “As the Farm Bill process moves towards the convening of a Conference Committee, we look forward to working with members in both houses, and on both sides of the aisle, to achieve a final bill that advances the interests of the fresh produce industry in the areas of research, trade, nutrition, and other areas.”

When I asked the association to elaborate on a few elements of the bill that will most be of benefit to the produce industry, its team noted that an $80 million budget for specialty crop research initiatives and an additional $25 million fund to address citrus greening were important factors. Both the Market Access Program (MAP) and Technical Assistance for Specialty Crops (TASC) were also supported in the bill, helping to support crop exports and mitigate issues that arise with overseas contracts and compliance. FINI would also be increased if the bill were to pass, and SNAP would be continued.

Despite the support of the bill by many in fresh produce, analysts still question if the bill will be able to pass and be signed into law due to clashes between the Senate, the House, and President Donald Trump over new work requirements and SNAP benefits. The Senate bill doesn’t include the work rules, according to a report by Bloomberg, and the House version would make work requirements stricter and shift some SNAP benefits to job-training programs. The source also noted that Trump backs the work rules in the House plan, which just barely snuck by, passing 213-211.

With current farm programs beginning to expire on September 30th of this year, the legislature is being pressured from all sides to come to a compromise. AndNowUKnow will continue to report on how the proceedings will affect the produce industry once the bill progresses.