WAKE COUNTY, NC - We at ANUK have fun when we get to report on thwarted produce criminals, but sometimes there are stories of crimes against produce that are truly unfortunate. North Carolina land ownder Dale Sage and farmer Sam Parker faced every grower’s worst nightmare—irreparably damaged crops. However, this time it wasn’t Mother Nature lashing out, but a man from Wake County who drove his Nissan SUV all across Sage’s squash field.

“He acted like he was drunk or something. He was out there yelling and screaming and using a few words. Just doing doughnuts and figure eights and stuff,” Dale Sage said to Fox8. 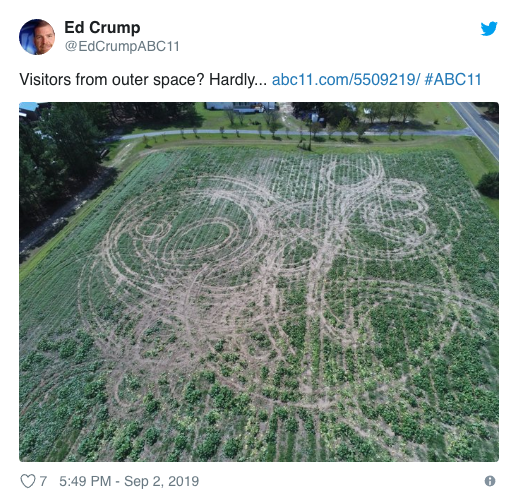 Sage owns the land and leases it Parker and his brother, the news source reports. The field spans over three acres, and the extensive damage was all the more heartbreaking because the squash was just days away from going to market.

Sheriff’s deputies of Wake County noted in the arrest warrant for the crop-destroyer (and all-around garbage person), that the damages, particularly those related to the irrigation system, exceeded $15,000. But as all growers know, damage to a field is not limited to irrigation systems alone—this time, the crop was completely unharvestable.

Our condolences go out to these fellow members in produce, whose significant financial loss reminds us all of how precious and delicate are the Earth’s gifts on which we base our entire industry.