HANGZHOU, CHINA - Another player in online grocery is working to gain a stronger foothold in the market. From across the way, China-born e-commerce powerhouse Alibaba, whose market cap is now marginally larger than Amazon's, seems to be looking to match strides with its rival's grocery ambitions as its subsidiary Paytm Mall mulls over a $200 million grocery investment.

The purchase would be for online grocer BigBasket, with whom Amazon had also looked to buy into before reaching an impasse over valuation discussions, according to source Economic Times.

BigBasket's gross sales were among the fastest growing for major online retail companies, according to Praxis Global Alliance, which noted that the company registered a compound annual growth rate of about 209% between 2013-14 and fiscal 2014-15.

While no deal has been made yet, a transaction with Alibaba and Paytm Mall could be finalized in the coming weeks should the negotiations go through. This, the news source reported, would put grocery at the center of the e-commerce market battle.

The world looks to be smaller in cyberspace, as multiple sources note Paytm and Alibaba's investment in BigBasket will give it a stronger defense against Amazon’s expansions across the Atlantic, as well as gaining an entry into additional retail segments and regions. 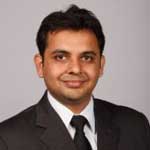 “It’s going to be an Alibaba versus Amazon play in the long run,” Ankur Bisen, Senior Vice President at Technopak Advisors, told source VCCircle in an earlier interview.

BigBasket’s in-house brands include Fresho for fruits and vegetables and Happy Chef for gourmet foods, which accounted for more than one-third of its sales. It is seeking a valuation of $1 billion, according to people familiar with the situation, a term that Amazon did not accept but Paytm Mall might.

Praxis reports that grocery accounts for about 4% and about half of the overall retail market, priming it as one of the fastest-growing segments in the game.