FULLERTON, CA - Amazon is at it again! The e-commerce behemoth is en route to building its second grocery store concept in Orange County, California. This announcement comes following Amazon’s reports earlier this summer detailing plans to open its innovative grocery formats in cities such as Philadeliphia, Pennsylvania, and Seattle, Washington.

The new facility is will be located at 1100 South Harbor Boulevard, and will take over the building of a former Toys R Us in Fullerton, California, according to an article from The Orange County Register. It is one of several grocery concepts that Amazon has been developing in the Southern California area, including three in Los Angeles County, and one nearing completion in Irvine. 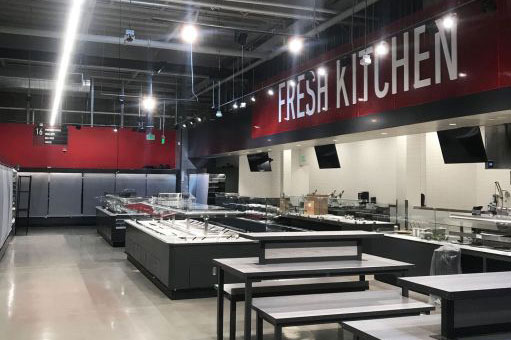 While Amazon has kept its grocery concepts under wraps, other stores that have opened in the area can shed some light on what may be expected for upcoming shops. Bloomberg News was able to get a sneak peek at the store in neighboring Woodland Hills, California, and reported on the features that were on display.

Similar in size to most conventional grocery stores, the Woodland Hills Amazon grocery facility is 33,000 square feet, and features diverse retail aisles in addition to a “Fresh Kitchen” section. While it’s not yet clear if this will be uniform throughout all Amazon grocery stores, it does pose an exciting new opportunity for the retail giant.

Currently there is no exact timeline for the future opening of the new store, but we here at AndNowUKnow are waiting with baited breath for the unveiling. With Amazon making moves across the grocery industry, what role will fresh produce play in its new concept? Keep checking back with us for the latest updates.