SEATTLE, WA – Hot on the heels of Amazon’s agreement to acquire Whole Foods, the online retailer seems to be tackling another fresh food front; CNBC reports that the company has registered a trademark for a meal kit service.

On July 6, 2017, Amazon registered for a U.S. trademark on a service called “We do the prep. You be the chef”—a program offering pre-prepared kits of fresh foods “ready for assembly as a meal.”

As we previously reported, one of the world’s largest meal kit providers, Blue Apron, launched an IPO late last month. CNBC remarked that the patent filing may imperil Blue Apron; the meal kit company’s stock closed Friday at $7.36 per share, down nearly 10 percent for the week.

CNBC also noted that the meal kit format seems like a logical extension of the company’s AmazonFresh program. According to the news source, Amazon has been testing both food delivery and meal kits through AmazonFresh since 2007. 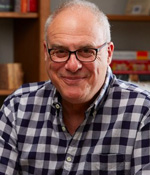 "If Amazon wants to do meal kits, Amazon will do meal kits," Mark Bittman, a consultant to activist investor Jana Partners, who own a large stake in Whole Foods, told CNBC last month. Bittman was also an integral part of another meal kit service, Purple Carrot, and previously served as the company's Chief Information Officer. "Amazon will sell anybody anything they want to buy…Amazon is in the business to sell everything."

AndNowUKnow will keep you updated with news as it occurs.