DHUBRI, INDIA - Another day, another take down by authorities as criminals attempt to use fresh produce as a guise for their illegal activities. Recently, police in Chapar, India, raided a truck which was thought to be carrying boxes of mangos, but was discovered to have as many as 7,920 bottles of illegal cough syrup hidden within.

"At first the police thought that by mistake they had stopped the wrong truck, but suddenly police staff noticed that all the containers containing mango on top were secretly carrying cough syrup bottles underneath the boxes,” Dhubri SP Abhijit Gurav explained. 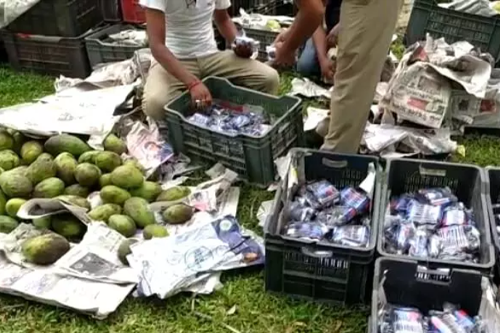 According to news source, The Assam Tribune, the case has been registered against the accused person under the NDPS Act, and further investigation will ensue.

Thank you once again to officers that continue to keep the reputation and sanctity of fresh produce intact.