Authorities Discover Over 3,465 Pounds of Cocaine in Avocado Shipment

COLOMBIA - A shipment of fresh avocados fell victim to another illegal drug operation over the weekend. At the port of Buenaventura in Colombia, officials uncovered more than 3,465 pounds (1,572 kilos) worth of cocaine hidden amongst the fruit. The container was being prepared for shipment, but luckily never left the port.

According to Sunday World, the shipment was intercepted by the Buenaventura Port Control Antinarcotics Company, who had received a tip-off about the shipment. The drugs were concealed within a container set to ship to the port of Antwerp and delivered to a Netherlands-based company. 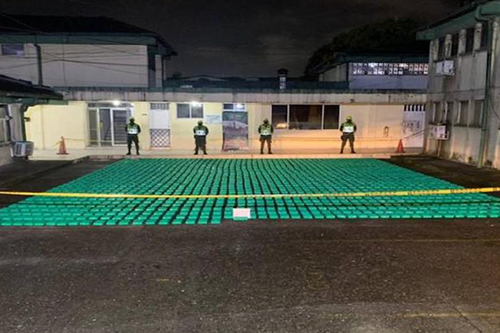 This seizure follows a similar drug bust which took place last week, in which officials discovered over 593 pounds (296 kilos) of cocaine in Buenaventura.

Once again, we at AndNowUKnow thank all of the hard-working port officials who work to prevent crimes such as these.