MADRID, SPAIN - It was more tricks than treats for one group of would-be produce shippers. A banana shipment seems to have been at the center of exposing a large group connected to a suspected drug ring that captured the attention of Spanish, U.S., and Portuguese officials.

A police statement said the suspects were smuggling drugs from Latin America via a company dedicated to importing large quantities of bananas and other fruit from Costa Rica, according to a statement that was cited in Yahoo! News. Among the find and seizure were six tons of cocaine hidden among the bunches of bananas. Though the report did not note the estimated street value of the bust, it did add that more than 300,000 euros in cash (nearly USD $341,000), weapons, and high-end cars were also confiscated. 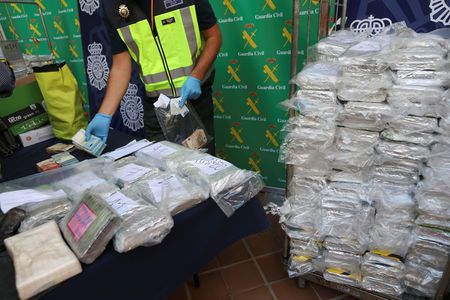 The raid spanned more than 20 homes and businesses in relation to the bust, and ended with the arrest of 16 people in connection to a suspected drug ring, police said.

The investigation into the ring lasted almost a year and included Portuguese and U.S. officials, as well as the Spanish officials that made the arrests. While Spanish police made a record seizure of nearly nine tons of cocaine in a shipping container that was also carrying bananas in April—that time in the southern port of Algeciras—the report did not note if the two incidents were connected.

While it isn’t ideal to have fresh produce looped in to such nefarious deeds, at least this time it was involved in a sizable save.