ASHLAND, OR - For the second time in just one month’s time, a banana truck has caught fire on an Oregon interstate. And not just any Oregon interstate, either—this incident occurred less than one mile away from the first fiery tropical incident.

Interstate 5 saw a combustible end to a banana shipment on Thursday. The culprit? Overheated brakes. According to an interview with Oregon Department of Transportation's Spokesman Gary Leaming, the trailer's tires began to smoke near exit 11 into Ashland. 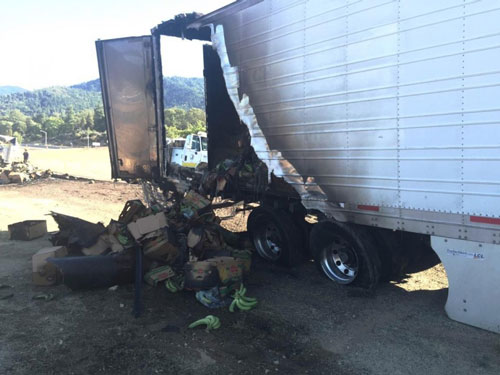 Oregon Live reports that when the driver noticed, he immediately pulled over and detached the trailer. While the tires caught fire soon after, Leaming says most of the precious cargo came out unscathed.

The first load of bananas did not have quite as much luck, however. The July 13th shipment near milepost 11 lost its entire load. Brake failure was also the cause of the fire in this case, with the northbound lane completely closed for a lengthy period of time. 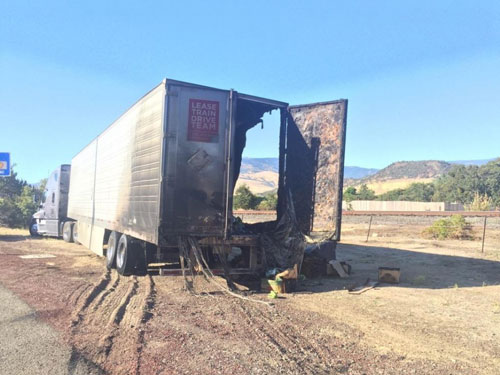 For continued stories on flambéed bananas and transportation irregularities, keep checking in with AndNowUKnow.