CALIFORNIA - The Chinese Government announced that it is moving forward on a previously promised fifteen percent tariff increase on U.S. fruits and vegetables, including California citrus, countering President Donald Trump’s recent tariff on steel and aluminum.

The move, understandably, will have more effects on some than others, but California Citrus Mutual (CCM) President Joel Nelsen commented that the whole industry will see an impact. 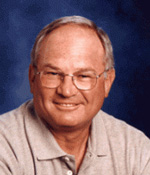 "The decision by the Chinese government to levy exorbitant tariff increases on U.S. produce will surely have a direct impact on California citrus producers. Maintaining access to foreign markets and having the ability to compete in a global marketplace are critical to the success of the citrus industry,” Nelsen said in a statement. “The retaliatory tariffs imposed by China hinder our ability to be competitive by increasing costs for Chinese consumers, an important market for California citrus. Family farmers in our industry will suffer from the economic fallout unless we can find alternative markets for California's navel and Valencia oranges and lemons.”

CCM stated that the Chinese Administration has chosen to expand the discussion to include agriculture while the U.S. Administration is focusing on business sectors that require attention.

Alex Teague, Chief Operating Officer for Limoneira, expressed that while the tariff from China might have a different range of impacts depending on the company and operation, it won’t help either. 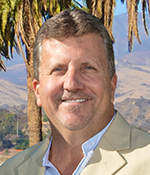 “As far as China goes, direct sales to China are very small for Limoneira, and many California lemon shippers, due to their burdensome phytosanitary conditions placed on the fruit,” Teague shares with me. “So, while it will not help, we believe it may dampen those sales one to two percent. On oranges, primarily navels, it will have some impact. If I had to guess, I would say that the seven to eight percent tariff that was spoken about would be the equivalent reduction in FOB for oranges due to the competitive nature of oranges in China.”

Nelsen and CCM Executive Vice President Casey Creamer, as well as Board Chairman Curt Holmes, noted that they are traveling to DC this week for meetings with Congress and the Administration regarding trade and other important issues affecting the California citrus industry.

AndNowUKnow will continue to follow this story as it develops.