CALIFORNIA – It’s been a dry couple of weeks for California, as the state has enjoyed hints of summer and sunshine. Amidst this nice spell, the Midwesterner in me has been yearning for more cloud cover, and it looks as though I’m about to get my wish. A string of storms is bound for California soil, bringing rain and heavy snow to the state.

The first storm will make its landfall on late Monday, bringing wetness to much of Central and Northern California. According to AccuWeather, this weather pattern will be spurred on by a series of storms that will carry through to the middle of the week, before bringing spotty showers to the coast of Southern California that will extend through next weekend. 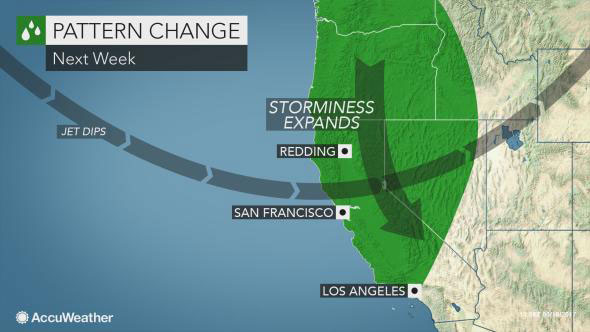 "Look for heavy rain in the low elevations and snow in the higher elevations across Central and Northern California and western Oregon from the first storm late Monday to Wednesday," according to AccuWeather Lead Storm Warning Meteorologist Eddie Walker.

Weather authorities expect these storms to cause travel delays throughout affected regions. Meterologists at AccuWeather also stated that from Monday to Wednesday transportation issues can be expected in Northern California particularly over I-80 near Donner’s Pass. 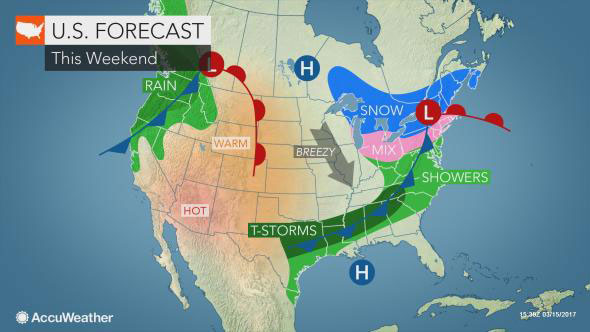 "From late Monday to Wednesday, rainfall in excess of 3 inches and snowfall above 6,000 feet can top 12 inches," Walker said.

With winter months swollen with much-needed precipitation, California finally saw a potential end to its lengthy drought. PBS reported that state officials continue to expect variable weather patterns for the state, which could lead to more buoyant and fluctuating conditions.

As rain typically lightens in California from March through May, AndNowUKnow will keep you updated on any deviated weather occurrences and their ongoing effects on the state.