SACRAMENTO, CA – As the industry and the state of California await the fate of the rumored water tunnels running from the Sacramento-San Joaquin Delta, it appears the prospective plan has cleared another hurdle after the most recent ruling by the California Supreme Court.

The courts ruled yesterday that, if enacted, Governor Jerry Brown’s $15.7 billion plan to build the two tunnels would not have to pay landowners rent to access thousands of acres of private property for the project’s preliminary tests, according to news source scpr.org.

State officials argued prior to the ruling that the impending tests would not significantly damage the land, and the state should only be required to compensate those landowners whose land suffered any actual damage or interference. If the state had lost the ruling, it could have added millions of dollars to the Governor’s plan. 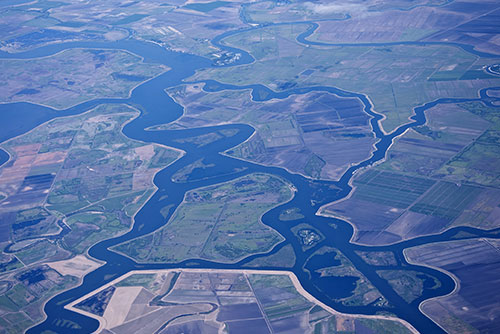 The two tunnel project would install four-story high pipes underneath the ground for 35 miles, taking thousands of gallons of water a second from the Delta to cities and farmland in the southern regions of the state.

The testing will require access to around 150 properties, spanning tens of thousands of acres throughout the San Joaquin, Contra Costa, Solano, Sacramento, and Yolo counties, as was listed in court documents according to scpr.org.

Environmental testing for the project would include soil samples and trapping certain animals, while geological testing would include boring holes up to eight inches in diameter, and 205 feet into the earth. After the testing, the holes would be filled. Opponents to the plan are concerned that the testing will destroy land, and disrupt fertilizer and pesticide use.

As the state and its opponents inch closer to a final decision regarding the water tunnels and use of the Sacramento-San Joaquin Delta, AndNowUKnow will have your up-to-the-minute news on this and other water debates.