PHARR, TX - Criminals have unfortunately struck once again, this time attempting to smuggle cocaine and methamphetamine worth approximately $4,046,000 within a shipment of fresh produce before being apprehended at the Pharr-Reynosa International Bridge cargo facility on the Mexican border. U.S. Customs and Border Protection (CBP) agents were able to thwart those involved before they were able to continue their illegal activities.

“Tenacity is the key in keeping dangerous drugs from crossing our borders,” said Port Director Carlos Rodriguez, Port of Hidalgo/Pharr/Anzalduas. "CBP officers are committed to upholding CBP’s ongoing border security mission, serving as the guardians of our country’s borders.”

The tractor/trailer moving the illicit substances was stopped at the International Bridge cargo facility, and upon further inspection a CBP officer referred the suspicious shipment for a secondary examination, according to a release from CBP. 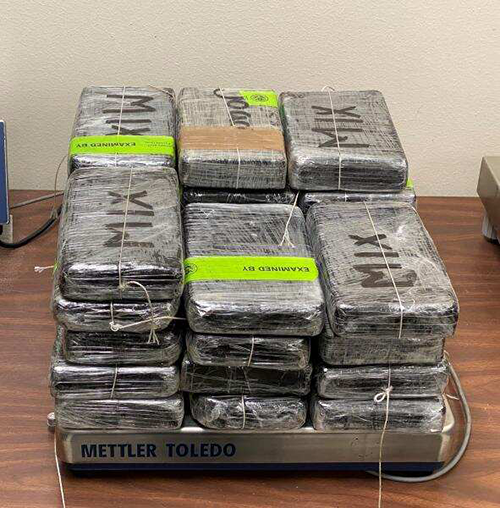 Officers continued to investigate using all available tools, including its canine team, to conduct a thorough search of the contents. Inside CBP uncovered 200 packages of what they believe to be cocaine, weighing 250 pounds (113.5 kg). Additionally, they discovered 61 packages of alleged methamphetamine weighing 105.82 pounds (48kg).

All narcotics were seized as well as the tractor/trailer hauling the drugs. Those involved were taken into custody, and agents with Homeland Security Investigations are continuing to explore the case.

We thank the officers who continue to keep our produce safe from the hands of those with illegal intentions.