TUCSON, AZ - Criminals have unfortunately struck again as U.S. Customs and Border Protection (CBP) Office of Field Operations officers at the Port of Nogales’ Commercial Facility uncovered 650 packages of methamphetamine and fentanyl on October 2. The drugs were unearthed in a tractor-trailer filled with bell peppers, pickles, and cucumbers, and is on record as the largest methamphetamine load in Arizona’s port history. 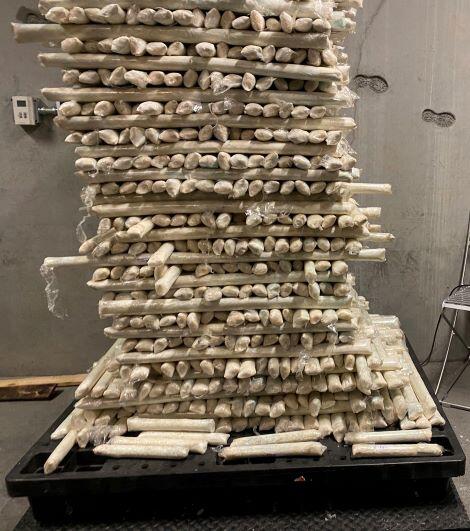 According to a release from CBP, after stopping the vehicle and doing a thorough inspection, the officers noticed anomalies in the floor of the trailer. The strange appearances ended up to be approximately 800 pounds of methamphetamine and nine pounds of fentanyl, together totaling a value of almost $2 million.

This is the second drug seizure of this magnitude found in less that three months by these officers. The individual carrying the drugs has been charged by complaint, and is continuing to be investigated.

We once again thank the hard-working individuals at the border who keep our beloved produce safe from those who use it for their criminal deeds.