China and Taiwan Prepare for Arrival of Super Typhoon

CHINA & TAIWAN - A super typhoon, the first of the year, is headed for Taiwan and China, with each respective country having begun necessary preparations this morning when the news broke.

Labeled a Category 5 typhoon on the scale of 1 through 5 by Tropical Storm Risk, weather authorities in Taiwan estimate the wind speeds near the typhoon, Nepartak’s, center at a minimum of 125 miles per hour, according to Reuters. 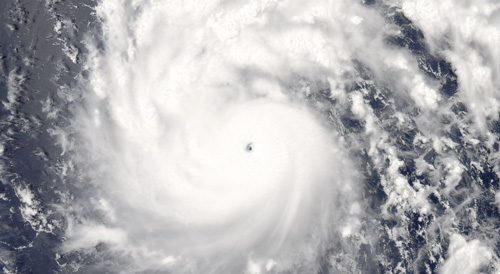 China is on alert, already having experienced severe flooding in the last week that have amounted to losses worth more than $5 billion. Taiwan authorities, in turn, have announced the close of financial markets tomorrow as work and school closures have been announced. Airlines have also begun canceling flights across the island, and the bullet train has suspended service, among other transportation services.

According to the report, Nepartak is expected to hit Taiwan's east coast in the early hours of Friday, July 8th, an area that has a lot of mountains and is sparsely populated. It should then lose a lot of its strength, weakening the tropical storm by the time it hits China on Saturday.

While much of the travel and transportation looks to be affected for both, it appears that much of the region is more of an auto industry hub than fresh produce, although China has already seen damage to 1.9 million hectares of crops as a result of flooding, and import/export could be affected by the extreme weather.

While the season is starting off on the strong side, it is common for typhoons to happen in the region this time of year, usually strengthening over warm waters and then weakening on land, Reuters notes. With the improvement of preparations, Chinese and government has been able to mitigate the damages by enforcing evacuations and, much like today, making preparations well in advance.

AndNowUKnow will continue to track this and other weather occurrences to keep you up to date on what could influence the produce industry, this summer and beyond.