COLIMA, MEXICO - The Colima Volcano, one of Mexico’s more active volcanoes, and reportedly referred to as the “volcano of fire,” put its region on alert with four major eruptions toward the end of last week, as well as continued exaltations yesterday and today.

430 miles west of highly-populated and travel-centric Mexico City, the 12,533-foot volcano’s activity spurred authorities to evacuate hundreds from Colima and nearby Jalisco, according to The Daily Mail.

Initial activity began last week, with lava spewing from the volcano on Friday. According to news source El Universal, National Coordinator of Civil Protection, Luis Felipe Puente, reported that exaltations last night with medium ash were spewing as high as 1,800 meters, or just over 1 mile. 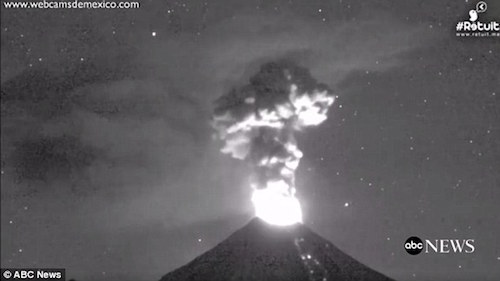 Activity has continued into this morning with lower ash content, launching as high as 2,000 meters, or just over 1.2 miles, above the peak.

While still on alert with the areas cleared of locals, including an exclusion zone of about seven miles in Colima and five miles in Jalisco, these are not near the activity seen Friday as balls of fire, smoke, and ash shot into the sky. 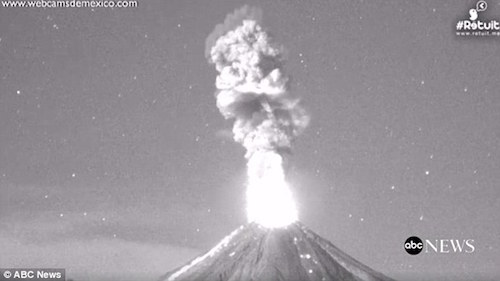 Wedged between Jalisco and Michoacán, noted produce in Colima are bananas and tropical fruits, amongst other agriculture. While it does have its own airport about 9 hours from Mexico City, it was not reported if air traffic was shut down due to the volcanic activity.

AndNowUKnow will continue to report any developments on the situation.