ISSAQUAH, WA - Loyal Costco shoppers have stayed the course, patiently waiting for the wholesaler to step into the digital age. Their demands have been met, as Costco recently announced via an Instagram post that it was creating a digital membership card. This card can be accessed through the company’s Apple and Android apps.

I’m sure I’m not the only shopper that’s left their membership card behind, which is why this innovative new format is a godsend to many. (I have a rotating collection of what cards go in which bag—an unnecessary complication to my life, I’m aware, but certain occasions call for certain accessories.) 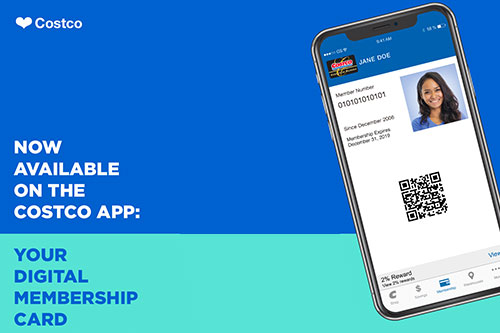 However, according to a report from USA Today, club members shouldn’t be too hasty in throwing away that card. They’ll need it for fueling up at gas stations, which are not yet equipped to read the digital membership card.

Some of Costco’s customers have also asked that it adopt a scan-and-go feature, which can be seen at competing wholesalers, Sam’s Club and BJ’s.

As we've previously reported, Costco has stuck to its brick-and-mortar strategy, choosing to eschew digital innovation. This store-centered focus has caused the retailer to lag behind other big-name grocers like Walmart and Amazon.

Is this the first step of many in Costco’s new digital strategy? Will it lean into customer loyalty once more and go after scan-and-go tech? AndNowUKnow will continue to report.