NEW ZEALAND - The Land of the Long White Cloud is about to become The Land of the Lone Costco, as the bulk retailer has officially announced its first New Zealand store. Set to open in Northwest Auckland in 2021, the new store will stand at 45,931 square feet and will cost the retailer $90 million ($59 million USD). 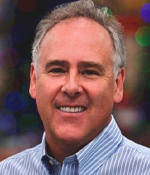 “Costco is very excited to open our first warehouse in New Zealand and to be a part of this community. We feel Westgate is the perfect location for us,” said Patrick Noone, Australia Managing Director, in a statement, according to newsroom.

Like most of Costco’s stores, the first New Zealand location will feature groceries, a food court, a fuel station, a tire center, and more.

While construction has not yet begun, Costco’s new market announcement has already created a buzz across New Zealand, with many news outlets reporting on the future opening.

As one of the world’s largest retailers, Costco operates 800 warehouses worldwide, and counting. Just this week, the retailer announced new stores across the United States, including one in Houston, Texas; Loves Park, Illinois; and Bradenton, Florida.

To follow along with all retail and foodservice expansions, keep up with AndNowUKnow.