SEATTLE, WA - Just over a year ago, a King County Superior Court issued an injunction that forced Whole Foods to reopen an underperforming 365 store located in the Seattle suburb of Bellevue, Washington.

This week, The Seattle Times noted, the Division One of Washington state’s Court of Appeals ruled that the specifics of the lease agreement could not be used to force Whole Foods to keep operating its underperforming store. Instead, Bellevue Square could end the lease that Whole Foods had violated or continue to collect rent from the retailer while the store remained closed. 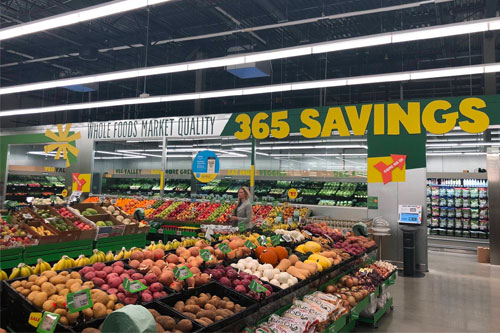 In the initial ruling which brought about the injunction, The Seattle Times reported last December, a King County Superior Court judge ruled that Whole Foods’ decision to shutter the store in October of 2017 was a violation of the company’s original 20-year lease. That lease stipulated that the grocer would continue to inhabit the 34,000-square-foot site and remain open seven days a week for the first 10 years of the agreement.

After two months shuttered, the judge enjoined Whole Foods to reopen the store.

That decision was subsequently stayed by an appeals court, which stipulated that the Whole Foods 365 location could remain closed during the course of the lawsuit.

For more on the ins and outs of legal turmoil in fresh produce retail, keep reading AndNowUKnow.