MAZATLAN, SINALOA – After a tanker containing diesel fuel overturned and caught fire last Friday on the El Carrizo bridge, authorities have closed traffic along a portion of the Durango-Mazatlán Highway, resulting in lengthy shipping delays between Sinaloa and Durango.

“The Durango-Mazatlán Highway has been a beautiful option for growers and shippers and the El Carrizo bridge is an integral part to that superhighway,” explained Tommy Wilkins, Director of Sales, Grow Farms Texas. “This was a straight shot between Durango and Mazatlán, and you could run a lot of double trailers through that route. But since the closure, we have had to eliminate all doubles and go to singles. On top of taking more vehicles, the less direct route has added six to eight hours of transit time. I don’t think, in the long term, it’s going to be too severe for our industry, but it will be significant to the growers who have to use more equipment and take more time.” 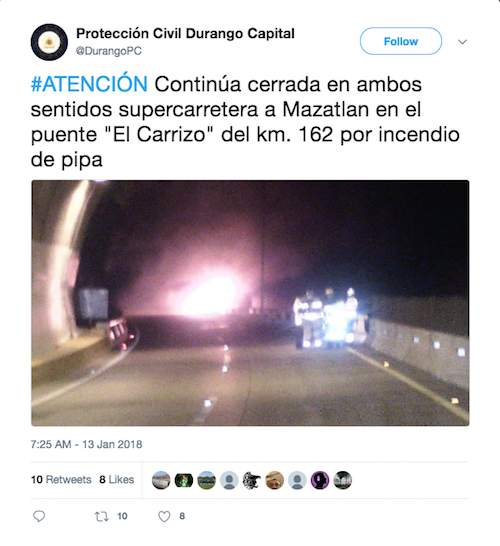 According to Periódico Noroeste, Federal Police have rerouted traffic between Santa Lucía and El Salto. Specialists are expected to assess damage to the bridge Monday or Tuesday of this week, and, if damage to the structure is determined to be substantial, the news source noted, the bridge could be closed indefinitely—resulting in continued delays of up to ten hours for operators in the region. 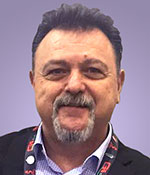 “Basically, this has put us back to where we were before the bridge had been built—we have to go through the mountain roads,” noted Tony Incaviglia, Vice President of Sales and Marketing for GR Fresh. “We received word on Saturday of the accident, even some pictures, when we already had lots of trucks already on the road with product coming, which we had to reroute." 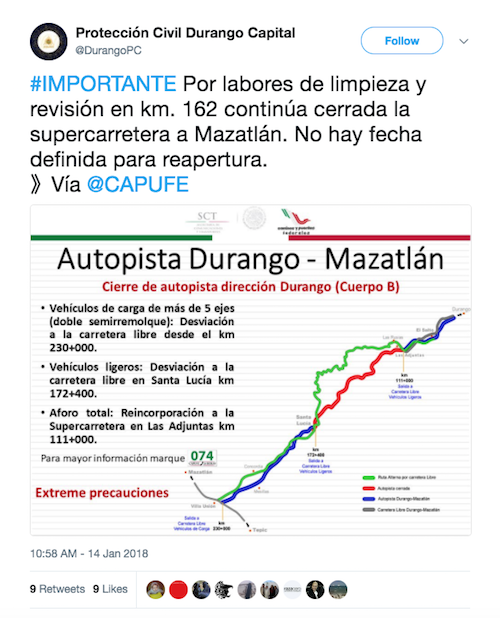 Tony continued, "Overall, it hasn’t interrupted things so much as put us behind about 8 to 10 hours, meaning if we anticipated a day and a half delivery it would now take two days. What matters is that product will still be able to get through. Unfortunately, we don’t know when it will be back online; that is up to the crews down there.”

He also noted that rerouted traffic will be condensed from four lanes to two, potentially exacerbating delays.

“It’s tragic when a key piece of infrastructure is damaged; freight rates and transit times will certainly be affected,” noted Matt Mandel, Vice President of Operations for SunFed, who was nonetheless optimistic. “Our industry is resilient and the show will go on.”

AndNowUKnow will continue to report with updates as they are forthcoming.