IOWA CITY, IA - In one of the largest fraud schemes in organic farming history, one Missouri farmer almost made it to the bank with millions after falsely marketing conventional goods as organic. According to a new report from the Associated Press, farmer Randy Constant led efforts to sell more than $142.4 million worth of falsely marketed organic goods to at least 10 customers nationwide between 2010 and mid-2017, when he voluntarily surrendered a certificate to operate in the USDA’s National Organic Program. 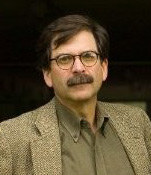 “The number of years they were able to operate at that scale is a betrayal to honest, ethical organic practitioners,” said Mark Kastel, Co-Founder of Wisconsin-based Cornucopia Institute, an organic industry watchdog. “Not only do they have to compete against this unfairly, but it tarnishes the reputation of the organic label. It’s a gross betrayal of consumer trust.” In a statement, Kastel also noted that the case points to weak oversight of the organic industry by the U.S. Department of Agriculture.

According to the report, Constant, the alleged leader of the scheme, told customers his corn, soybeans, and wheat was certified organic. However, court documents allege that not only was at least 90 percent of the grain being sold non-organic grain, but also that Constant was aware that farmers he purchased from used unapproved substances, including pesticides and nitrogen.

Constant was charged with one count of wire fraud, and if convicted, would forfeit $128 million to the government along with his interest in 70 pieces of farm machinery and equipment.

Three Nebraska farmers who sold their crops to Constant have already pleaded guilty to their roles in the scheme as of October and are awaiting sentencing, the report shared. A representative for one of the farmers contends that they were recruited by Constant, remaining ignorant to his false marketing practices because they were reaping higher profits by selling their products as organic.

Will a USDA crackdown on organic fraud be what’s needed to protect the integrity of fresh produce sales? AndNowUKnow will continue to report on the latest.