An administration official familiar with the situation confirmed this announcement on Tuesday, March 5, 2019, CNN reported. The official reported that Gottlieb’s plans to resign have been in the works for some time, as he commutes weekly to Washington from his home in Connecticut. He is allegedly leaving to spend more time with his family. 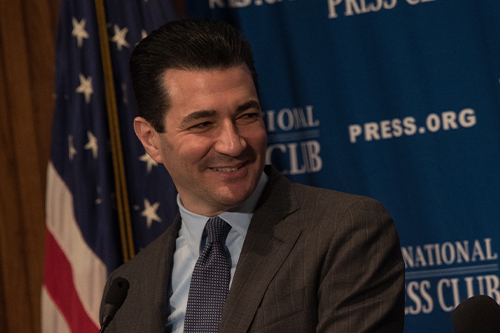 In a recent tweet, Gottlieb stated that he is “grateful for the opportunity to help lead this wonderful agency, for the support of my colleagues, for the public health goals we advanced together, and the strong support of Secretary Azar and President Trump.”

Although there is no suggestion that Gottlieb is resigning due to tumultuous reception of the FDA and the CDC’s handling of the E. coli outbreaks last year, those in our industry remember the somewhat fractious nature between ag and the federal agency. Both agencies, the FDA and the CDC, faced criticism from our industry for its possible role in stoking the flames of consumer fear after the E. coli outbreaks in November of last year.

Who will head the helm of the agency? And how will issues of food safety be affected? AndNowUKnow will continue to keep its eyes and ears open for all updates.