Flooding Expected to Hit Across the Southern States

SOUTHEAST U.S. - Heavy rains, severe storms, and possible flooding will plague parts of the South today, and could continue throughout the week. 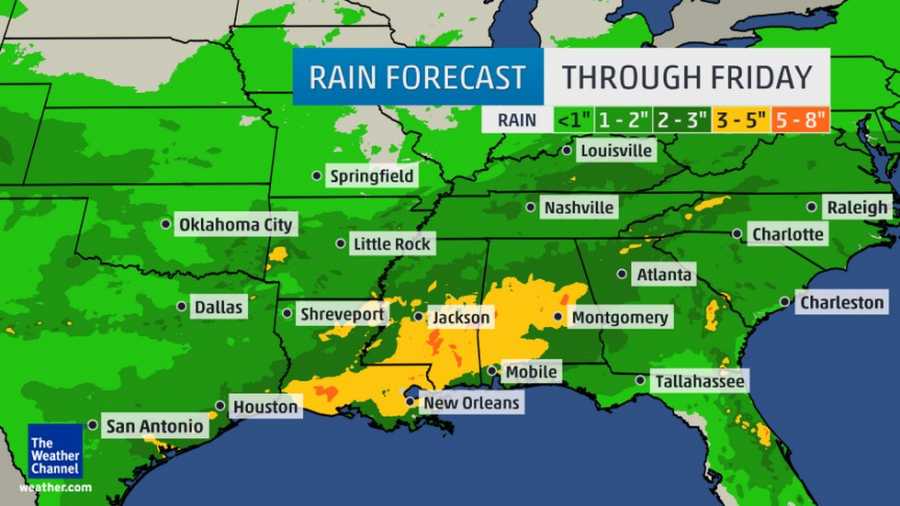 The northern Gulf Coast is already being drenched by more than 7 inches of rain. The Weather Channel reports 11 inches of rain in Cottondale, Florida, and a record breaking 7.28 inches in Mobile, AL. As of 10 a.m. CDT today, one to two inches of rain have fallen in the some parts of Texas, with 2 more inches expected before Monday is through.

A flash flood warning is already in place for Collin, Denton, and Grayson Counties until 2 p.m CT, according to Texas news source WFAA. Residents of the Southeast U.S. should expect hail or strong wind gusts, but this does not appear to be a widespread severe weather event. 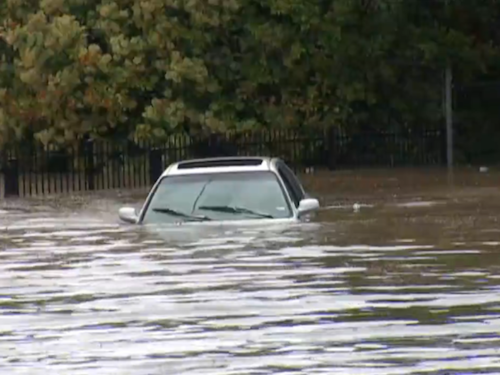 The main area that will be affected by the storms stretches across central and eastern Texas, including Dallas, Ft. Worth, Austin, San Antonio and Houston, according to The Weather Channel. A few severe storms could reach as far east as the northern Gulf Coast.

The Weather Channel predicts that storms will continue across the South on Tuesday. Though the severe thunderstorm threat will be low overall, a few cannot be ruled out in the south-central states. 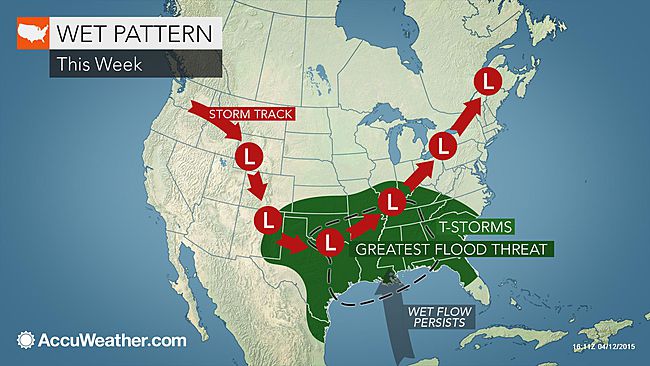 Some portions of the South have been experiencing abnormally dry conditions over the past several weeks, according to the U.S. Drought Monitor. AccuWeather reports that this rain will help to alleviate these dry conditions heading into the start of the growing season.

Stay tuned to AndNowUKnow as we follow the storm's path through the region.