GUATEMALA - More that 3,200 people have been evacuated and the devastating affects of the eruption of Mount Fuego—some 30 miles southwest of Guatemala City—continue to be assessed after Sunday’s explosive seismic event. 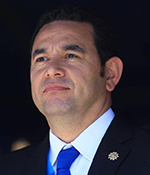 "It is too early to know the full extent of the damage," said Guatemalan President Jimmy Morales, in a statement. And, as rescue workers sought survivors in the pale gray just miles from his presidential palace in the capital, Morales added that it is a time for Guatemalans to come together in ‘unity, prayer and solidarity.’"

The Fuego Volcano’s eruption occurred midday this Sunday, according to a report from NPR, and lasted more than 16 hours, spewing what the U.S. Geologic Survey (USGS) described as a pyroclastic flow—“a high-density mix of hot lava blocks, pumice, ash and volcanic gas.” Resembling avalanches of ash and lava, pyroclastic flows can travel at 50 mph, reach temperatures of 1,300 degrees Fahrenheit, and can “knock down, shatter, bury or carry away nearly all objects and structures in their path.”

Guatamala’s Coordinadora Nacional para la Reducción de Desastres (CONRED) has reported that as many as 1.7 million people have been affected, and CNN reported that the eruption was visible from space, spewing ash six miles into the air—and forcing the closure of the country's international airport.

Though the airport has subsequently been reopened, damage to an already lacking infrastructure may have exacerbated the emergency, and may result in protracted challenges to surrounding growing regions.

Guatemala usually exports mangos, as well as sugar snap and snow peas through this time of year, starting into blackberries later in the summer, among other fruits and produce items. Any effects this tragedy might have had on our industry have yet to be reported.