BAKERSFIELD, CA - A big congratulations are in order for Grimmway Farms! The company appointed Dana Culhane Brennan as Director of Corporate and Government Affairs, where she will be made responsible for the development and implementation of policies involving local, state, and government affairs. In her new role, Brennan will be the company’s official spokesperson for its global operations.

“I am thrilled and honored to be joining an outstanding company like Grimmway. I look forward to using my years of experience within the legislative and political realm to help navigate the unique challenges associated with doing business within the current political climate. Grimmway Farms has a long and rich history in California and it’s a privilege to join the team,” Brennan said.

Brennan will be based in Arvin, California, at Grimmway’s corporate headquarters. 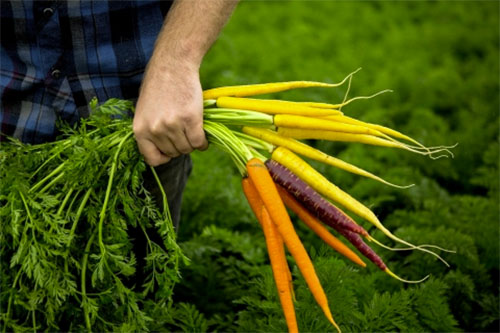 Prior to her new role, Brennan was the Chief of Staff for California’s 16th State Senate District and worked under the Senate Republican Leader Emeritus Jean Fuller since 2007. While working at the State Capitol, Brennan oversaw the development and execution of the Senator’s legislative agenda, directed operations and duties of staff in both the Capitol and District offices, and supervised all District-specific communications efforts, according to a press release. She offers unique and extensive political insight into detailed processes, as well as provides over 11 years’ worth of experience creating partnerships all over the nation in community, government, and business sectors.

“I am excited to be working with someone who has such a deep understanding of the processes and procedures of California’s legislature. Dana’s knowledge and experience will prove invaluable in guiding Grimmway through the complexities of local and state government, and helping us achieve solutions to the many important issues facing both our industry and our state,” said Joel Sherman, Vice President of Safety and Corporate Affairs at Grimmway Farms.

Brennan brings with her a degree from Eastern University. She is an active member of the Capitol Network, and she attended the Focus Leadership Institution. While named as a Rising Star by The Bakersfield Californian in 2009, she was later chosen as one of the Top 20 under 40 People to Watch by Bakersfield Life Magazine in 2014.

What new achievements and accolades await Dana Brennan, as she steps into her new role at Grimmway? We’ll have to keep our eyes peeled as she makes her mark on our industry.

Congratulations to the whole Grimmway Farms team on this exciting addition!