SAN ANTONIO, TX - When I think of Texas, I think of big hair, big games, and big flavors, so it’s fitting that San Antonio-based grocer H-E-B is showcasing all there is to know about its home state in a $5 million ad slated to run in a coveted spot during the Super Bowl. The retailer is taking a playful and comedic approach to its big game commercial, highlighting an array of top-quality, H-E-B-branded products that many in the Lone Star State have come to love.

The commercial depicts a Texan castaway on a remote beach, downtrodden, for obvious reasons. The tide turns, though, when he discovers a stray KODI cooler that has washed up on shore, overflowing with enough H-E-B-branded products to throw a beach party bash for one. 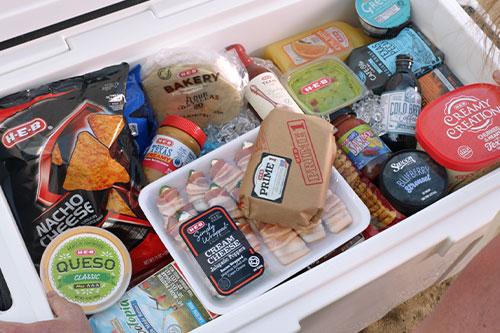 “At H-E-B, we appreciate that our customers have come to know and love our H-E-B brand products, which are fun items found exclusively at H-E-B and our family of stores,” said Cory Basso, Vice President of Marketing and Advertising. “Even if you’re deserted on an island, we know our customers expect the best and with the H-E-B brand they know they’re getting top quality products at low prices.”

According to a press release, H-E-B’s brand items were first launched in 1922 exclusively at H-E-B stores, Central Market, Joe V’s, and Mi Tienda. Today, the brand has grown to include thousands of items “made by Texans, for Texans,” including a few featured in the ad like Mootopia Milk, Swoon by H-E-B ice cream, and H-E-B Meal Simple, chef-inspired meals made in minutes. And for those Rams and Patriots fans looking for items to stock up on for their Super Bowl parties, the retailer pointed to its Corn Tortillas and hand-assembled Simply Wrapped Bacon Jalapeño Poppers to make sure to keep the hanger at bay for the whole game. 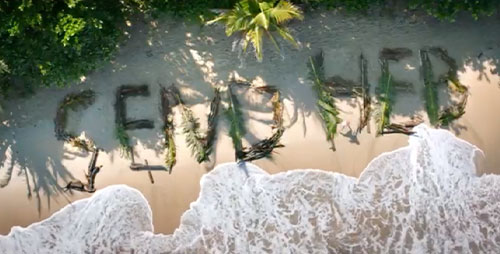 In addition to its in-store items, H-E-B also brings the taste of Texas to its shoppers via its services like H-E-B Curbside and H-E-B Delivery, which are available at more than 165 locations across Texas.

The 60-second commercial will broadcast between the game’s third and fourth quarters in more than a dozen key Texas markets and will continue to air through February. If you miss the ad during the big game, there’s no H-E-B for you. Just kidding! Check it out above!