HAITI & CUBA - Tropical Storm Matthew has been upgraded to a hurricane, and is making extreme waves as it crosses up towards the Northwest.

"This dangerous storm will be closely monitored," the National Hurricane Center said. In response to the potential severity, North Carolina Governor Pat McCrory declared a state of emergency for 66 counties in the central and eastern portions of the state, according to CNN, with Governor of Florida Rick Scott making a similar declaration for all counties. 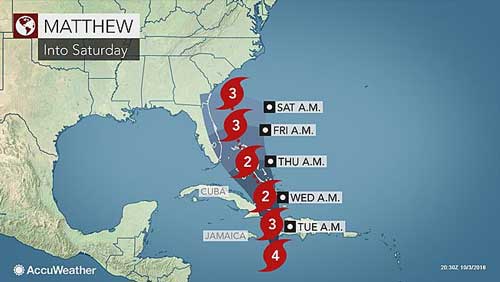 Currently Hurricane Matthew has presented itself as a dangerous storm for both Haiti and Cuba, with potential for flooding rainfall, storm surge flooding, mudslides, high winds, and dangerous seas. Rainfall could reach as far as Puerto Rico, according to AccuWeather. 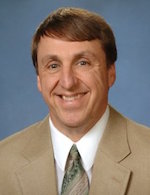 "Fluctuations in strength, ranging from Category 4 to Category 2 status are likely as the hurricane is influenced by the mountainous islands and other atmospheric conditions," said AccuWeather Hurricane Expert Dan Kottlowski.

The report noted that commercial airlines will likely be delayed or canceled until the storm passes, advising that cruise, freight, and charter airline interests in the region should prepare to change itineraries.

Matthew is expected to make its way up the region through Wednesday in a slow-moving pattern, with it still being too early to tell exactly how the U.S. will be influenced.

For now, AccuWeather states that how serious conditions become this weekend and beyond in the U.S. will depend on the path the hurricane takes.