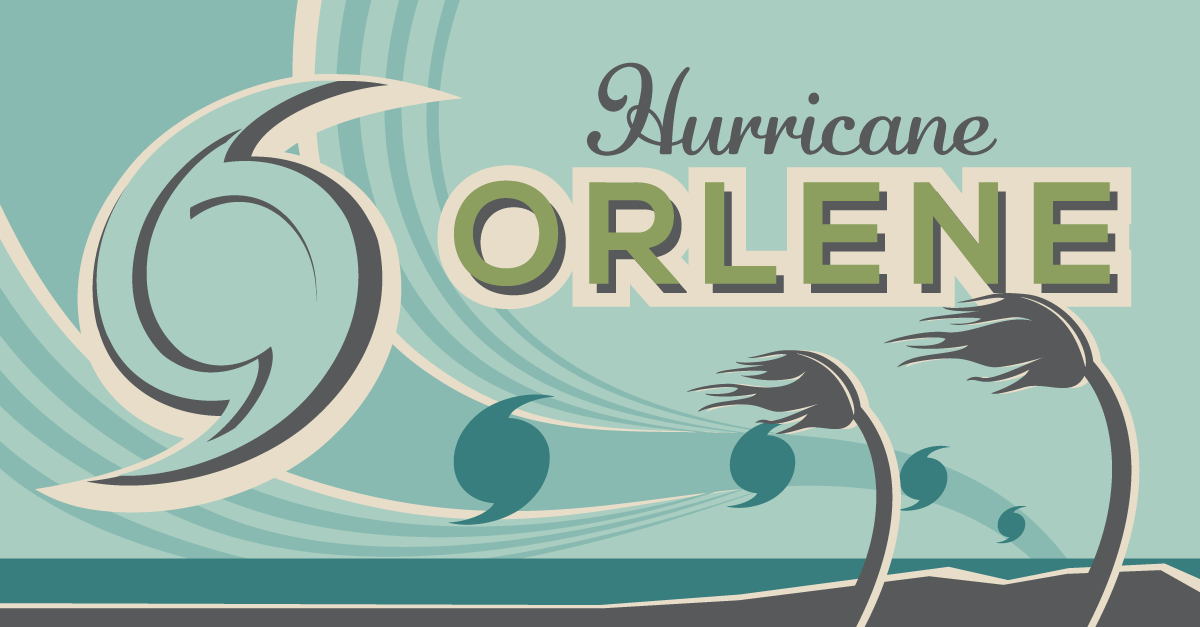 MEXICO - Just days after we reported on the touchdown of Hurricane Ian in Florida, another storm quickly made its way toward the Southwestern Coast of Mexico. This morning, reports surfaced that Hurricane Orlene had made landfall in Southern Sinaloa and Northern Nayarit, bringing an onslaught of rain and high-speed winds within the Mexican states.

According to a report put out by The New York Times this morning, the hurricane is currently categorized as a Category 1 storm. The weather pattern hit Mexico’s coast around 6:45 a.m. PST, bringing with it sustained winds of 85 miles per hour, though they reduced to around 75 miles per hour by 8 a.m. At that time, the hurricane moved about 50 miles East-Southeast of Mazatlán. 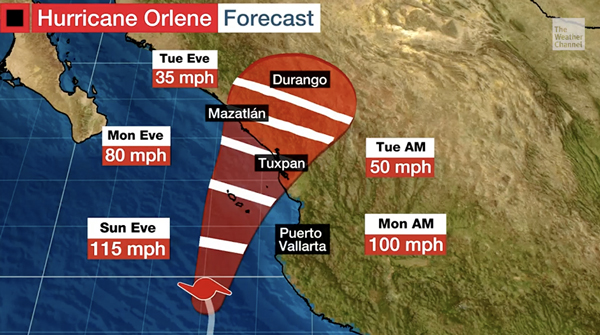 The report went on to note that the hurricane was previously categorized as a Category 4 storm yesterday, reaching peak wind speeds of 130 miles per hour. It is expected that Nayarit and portions of Sinaloa will see up to 10 inches of rain over the next couple of days. As we know, this raises the possibility for flooding, which could have an impact on fields and transportation routes. We have reached out to some of our industry friends, who reiterate that it is still too soon to tell what impact the storm will have on the produce supply chain. 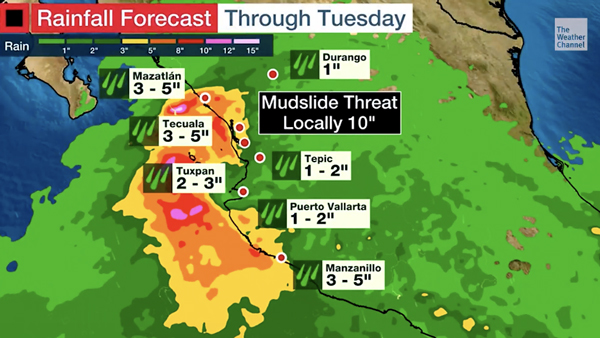 The hurricane will reportedly be weakening and will hopefully dissipate quickly sometime tomorrow.

As we learn more about the storm and its impact on our industry, AndNowUKnow will be sure to report.