SAN FRANCISCO, CA - The money keeps on piling in for online delivery service Instacart, earning an additional $150 million during the wrap up of its Series E financing round. Seeking to take on delivery superstar Amazon as the top choice for grocery delivery-using consumers, Instacart has now reached a total of $350 million in funding from sources including Coatue and Glade Brook Capital Partners. 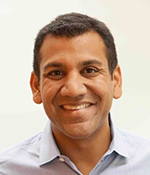 "The online grocery market hit a tipping point last year, as more and more consumers demanded grocery delivery. We are excited to accelerate our plans to bring online grocery everywhere and to keep transforming the way people shop," shared Ravi Gupta, COO and CFO of Instacart. "We are also excited to welcome Coatue to our team and are grateful for the participation of our other new and existing investors."

Instacart’s new financing comes during a period of rapid growth for the service provider, which recently expanded its U.S. foothold with partnerships with big-name retailers including Kroger, Albertsons, Publix, Costco, Ahold-Delhaize, H-E-B, Loblaw, and Sam's Club. As of the close of the Series E round, Instacart has raised over $1 billion since being founded in 2012, according to a press release. The vast majority of this capital still in the bank, Instacart reported. 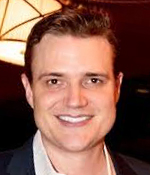 "Technology has changed the way we travel, communicate, and shop. But for most, visiting the grocery store is still a part of the weekly routine," explained Kris Fredrickson, Partner at Coatue. "Instacart's incredible service is quickly bringing the grocery shopping experience online. After having been impressed with the team's execution over the last several years, we are excited to partner for the next phase of the Instacart journey."

Instacart continued that it plans to leverage this capital by doubling the size of its team, continuing to rapidly expand its footprint across North America, and investing in new products and services that improve the value proposition for its customers, shoppers, and retail partners.

How will this translate into tangible expansion? Further information on the specifics of the plan has not been revealed, but AndNowUKnow will report as updates roll in.