SALINAS, CA - As we move into a period of increasing demand for lettuce and leaf items nationwide, shippers are reporting lighter volumes and a tightening market ahead. With summer just barely underway, I spoke with John Georgalos, Commodity Manager for Tanimura & Antle, and Jason Lathos, Manager of Commodities for Church Brothers Farms, about what is contributing to the recent market conditions and what we can expect during July.

“West Coast lettuce volume is reduced this time of year due to the impact of homegrown product,” John tells me as we discuss how the availability of homegrown lettuce started about two weeks ago, but has not had a significant impact on the lettuce market. “We would expect demand in those areas to taper off. It has not. These two factors combined means that demand for lettuce has remained stronger than available supplies.”

In addition, weather contributed to the shortages last week and will this week, as well. The anticipated hot weather during the past two weeks has not materialized as predicted.

Although it has been very hot in some areas, John notes, the Northern Salinas Valley weather was on the milder side and has recently cooled down to below average. T&A anticipated an increase in yields due to warm weather, but in fact, yields have gone down. Another factor for the company is that it is seeing fewer 24-sized lettuce than planned.

“Lastly, the 4th of July demand, which typically tapers off during the tail-end of the week before the holiday weekend, remained strong all week,” John adds. “A result of trying to fill orders for the holiday meant we harvested more than expected last week and early this week. Industry holdover inventory will be minimal this week. The strong demand for lettuce this week should continue and this will mean that lettuce prices should stay strong moving forward.”

Jason echoes the effects of local deals and tells me that Church Brothers’ lettuce acreage and budgets for this time of year are usually cut back. At this point, there is Canadian lettuce crossing into the North East and the Colorado deal starting up either the first or second week of July. 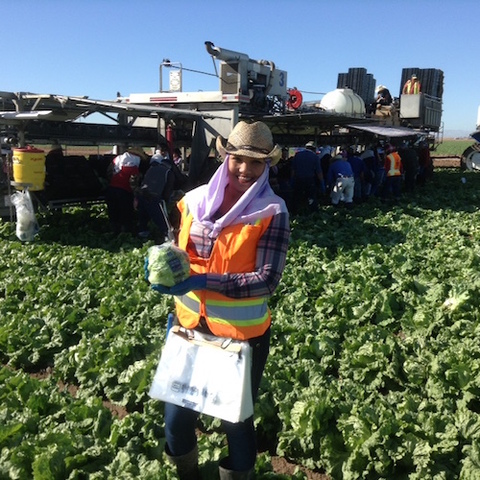 “We cut back our acres to be ready for these local deals and it keeps us from being oversupplied and having extra acres that increase supply and flood the market,” Jason tells me. “Another factor for cutting back acreage is the increase in broccoli, carrots, and onion acres due to the San Joaquin Valley trying to mitigate the water shortages.” Overall acreage for the second turn is hard to find for lettuce due to the increase in demand for other crops. Open ground is hard to find for the second turn.

During this time period, Church Brothers is also getting ready to start its turn around, or second turn, on planting that will keep the company in supply through November. During this turn, different varieties will come on in anticipation of the changing weather and growing conditions. 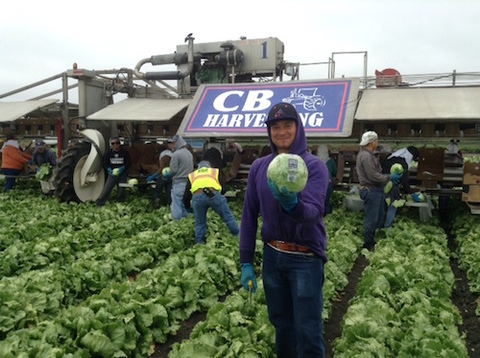 “This second turn sometimes creates a small gap in supplies. We are currently in that gap and with the increased demand for California lettuce, the markets have firmed up,” Jason adds. “Weather has also been an issue. We have had very big swings in overall conditions. One week it may be in the low nineties and the following week we don’t get over the low sixties. The current lettuce market is in the low teens. Next week it is forecasted to be in the high teens with a big possibility of hitting the twenty.”

As we move toward more uncertain weather in California and increasing demand, stay tuned to AndNowUKnow for continued updates on the market.