WENATCHEE, WA - With KIKU® apples set to return this coming January, Columbia Marketing International (CMI) shared the story of how one longtime fan lost 42 pounds just by eating one KIKU® apple every evening.

“I absolutely love these super sweet apples,” said Melinda Geda of Florida, noting that their flavor also helped control sugar cravings all while delivering beneficial nutrients. “I know drinking a lot of water helped me on my weight-loss journey, but KIKU® apples were the answer.”

Sales for the apple continue to be strong and shipments have already begun from CMI's growing partners. According to a press release, shoppers are willing to spend more to purchase premium KIKU® apples despite an average retail price approximately 40% higher than the category average for all apples.

In fact, data from the Nielson Perishables group indicates that sales for the KIKU® apple skyrocketed by over 300% between January 1 and February 1, 2014. Sales maintained momentum into February and remained at peak levels through mid-March. Last year, KIKU® sales did not fall back to the levels of early January until the first week of April. 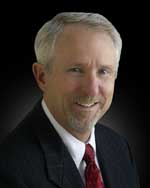 Shipments are set to begin starting the second week of January. As CMI gears up for another successful year, Steve Lutz, CMI’s Vice President of Marketing, shared his excitement regarding this most recent crop. “Overall we are very pleased with the flavor profile of this year’s KIKU®,” he said. “Consumers will be happy with the vibrant red striping that they have come to expect with KIKU® and their incredibly sweet flesh.”

CMI notes that North American availability along with KIKU® apples available out of the Southern Hemisphere in the Spring and Summer months may eventually lead to a year-round program with tonnage increases as new orchards begin to produce more fruit each season.