DALLAS, TX & RICHMOND, VA - While grocery home delivery has taken off in recent years, the partnership of some of the biggest names in retail and tech coming together remains noteworthy. Now joining the ranks of Walmart, Amazon, and Target in the realm of grocery-centric e-commerce is Kroger, with the help of tech giant, Uber.

According to Hayley Peterson's Business Insider article, Kroger has introduced an Uber-ified extension of its online ordering app, ClickList, in the two test market cities of Dallas, TX and Richmond, VA. Prior to the launch, Kroger’s customers could order groceries for pick up through the app and have employees load them into their car, but now goods can be chauffeured by an Uber driver all the way to the customer's home.

The move comes as part of Kroger’s strategy for moderation in store growth and a shift in strategies, following murky Q3 results in December of 2016.

“We've aggressively added more than 420 ClickList and ExpressLane locations in 2016 bringing our total online ordering locations to more than 640. This effort was based on learnings from our merger with Harris Teeter,” noted Rodney McMullen, Kroger Chairman and CEO, according to Seeking Alpha transcripts of the latest earnings call. “We are also experimenting with ways to solve the last mile equation. We're testing with Uber delivery in several locations with plans to expand in 2017 where our customers can order through ClickList and choose to have their groceries delivered by a local Uber driver. We have a couple of other home delivery tests as well.” 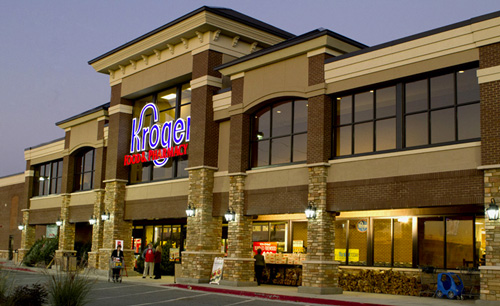 In the Business Insider review of the service, it is noted that the easy-to-use app allows for customization of orders, and even fresh produce safely made the journey from shelf-to-table, with photo evidence of a bruise-free avocado to boot. The conclusion? The app could be a hit amongst busy moms and dads, despite the delivery charge.

Will the new partnership accelerate adoption of shelf-to-table delivery services? Stay tuned to AndNowUKnow as we continue to report.