Lisbon Officials Seize Over 826 Pounds of Cocaine in Banana Shipment

LISBON - The Judiciary Police force in Lisbon have successfully protected another shipment of fresh fruit that had fallen into the hands of drug smugglers. A massive amount of cocaine was discovered within a shipment of bananas, launching the officials' drug combat operation into high gear.

According to World Today News, the National Unit to Combat Narcotics Trafficking recently reported, “in recent days, it has launched an operation to combat international drug trafficking, aiming at the seizure of a high quantity of cocaine.” Because of this operation, over 826 pounds (375 kg) of cocaine was seized, “in a logistics center located north of Lisbon, hidden inside a container that transported bananas, recently arrived in the territory national, by sea.” 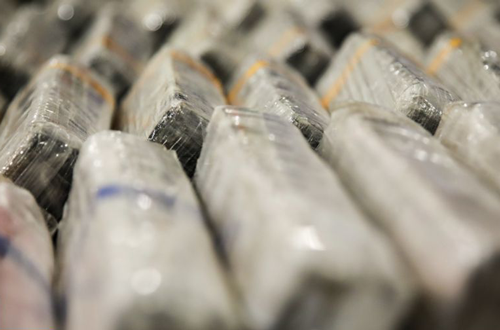 The statement went on to note that, “four national citizens aged between 33 and 56 years of age were arrested in flagrante delicto suspected of being part of a transnational criminal organization dedicated to the introduction of large quantities of cocaine on the European continent, coming from Latin America.”

For more ways that officials around the world are combatting criminal activity surrounding the transportation of fresh produce, ANUK will be here to report.