Nearly One-Fourth of California Could be Out of Drought Levels

SAN FRANCISCO, CA - This time last year we were constantly looking to El Niño and rain dances to bring moisture to a parched California, while this year my umbrella has served as more than just a wall decoration.

October brought rain, and quite a bit of it. But was it enough to bail us out of the record-long drought?

Not completely, but a new federal report released last Thursday, November 3, stated that we are seeing better numbers than we have in three years. Specifically, 12 percent of the state (located furthest north) is at normal or better moisture, and 12 percent rated unusually dry but not in drought. 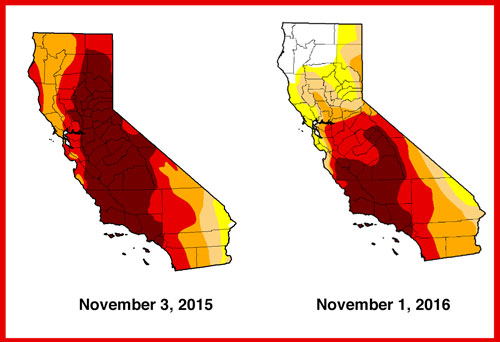 At almost 25 percent not in official “drought” zone, we are at the best readings since March of 2013, according to The Columbus Dispatch. But we are far from in the clear, unfortunately. 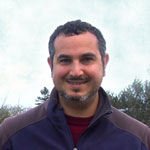 Water officials overseeing mandatory water conservation agreed, emphasizing that three quarters of our state still hasn’t broken the five year streak, even to the “severely dry” 12 percent of the state is at now.

That 75 percent includes most of Central and Southern California, where most crops grow.

Thank you, October, for bringing much-needed rains to the north of the state, including what was reported as the second-wettest October on record for the northern Sierras. Let us hope this is only the first of more good news to come as we look to bring the rest of the state out of the drought.