MERSIN, TURKEY - Fresh produce is meant to be used as the building blocks of a nutritious diet, not for nefarious deeds. So, when we heard that officials in Turkey are upholding this standard, we were completely supportive of the news. Recently, customs enforcement officers seized one ton (2,000 lbs) of cocaine at the Mersin Port of southern Turkey.

“The initial information suggested that the ship arrived from Ecuador, but the investigation is underway. Some detentions will surely be made,” Murat Cihan, local Deputy Police Chief of Mersin, told reporters.

Trade Minister Mehmet Muş stated that this was the largest amount of cocaine ever seized in the country, according to a report from Hürriyet Daily News. The cocaine was seized on a Liberia-registered ship, which arrived at the port from Ecuador, the Mersin Governor’s Office said in a statement. 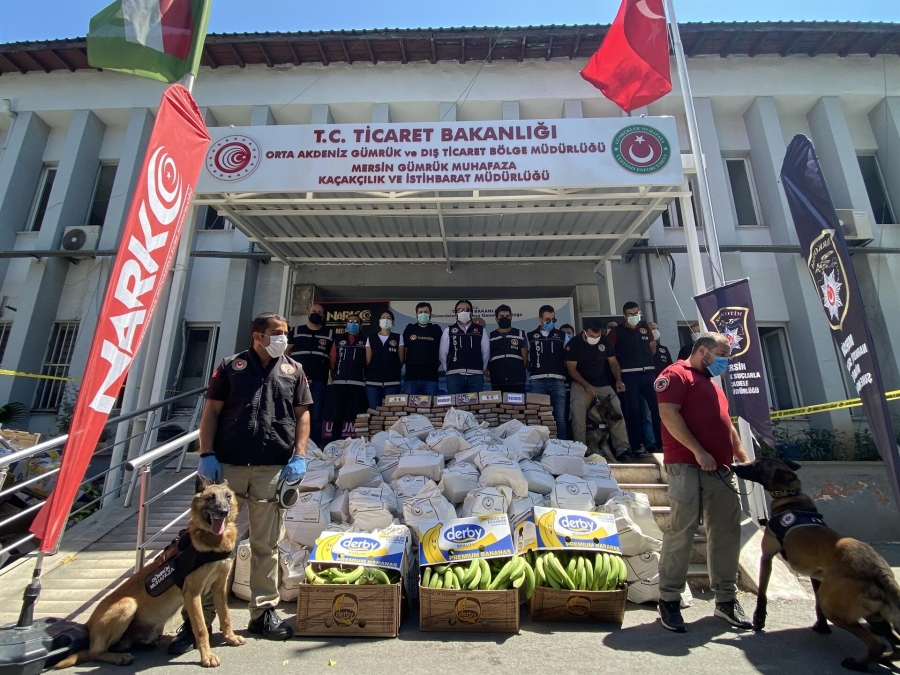 According to the statement, the enforcement units launched the operation following a tipoff that a ship, which sailed from Ecuador, was carrying one ton of cocaine. Enforcement officers found the drug dispersed over 1,000 packages hidden in banana containers, adding that further investigations are underway. Cihan noted that the surveillance operations, coordinated with the Customs Protection, took around one month.

We tip our hats and our pens to officers around the world for keeping fresh produce safe.