ORLANDO, FL - With all the news about Hurricane Matthew’s approach to Florida over the last few weeks, there’s no doubt many of us in the produce industry have had our thoughts not only with the residents of the state, but also on our own PMA Fresh Summit plans. With the October 14th start date just a week away, PMA President Cathy Burns has released a statement updating attendees on the association’s plans thus far, reminding the industry that the show is still on.

“Our first concern is for the safety of the residents of and our members in Florida,” shared Cathy Burns in an email announcement. “Also at the top of our list is concern for the attendees, exhibitors, vendors, staff, and everyone who is part of Fresh Summit. We are gathering and sending updates to everyone concerned. You will begin to see communications to attendees, exhibitors, and others as we let everyone know that Fresh Summit is on, and we are staying abreast of the weather situation.” 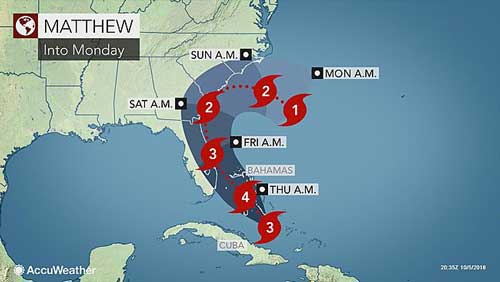 As we’ve reported in a few updates over the past week or so, forecasters predict the majority of the storm’s effect on Florida will take place starting yesterday and will continue on through today and Saturday. Furthermore, Cathy noted that weather reports also project that a weakened version of Matthew will arrive in the form of a tropical storm during the middle of next week. So, how will this effect those attending and exhibiting? Cathy says that, as of now, there may be some disruptions in shipping to Orlando.

“We are focusing in particular right now on exhibitors, because they have freight en route to Orlando that could be disrupted over the next couple of days,” Cathy continued. “GES, our expo vendor, is doing everything it can to move the show in with as little disruption as possible, including adding extra staff and waiving overtime fees for Saturday and Sunday deliveries once the storm has passed.” 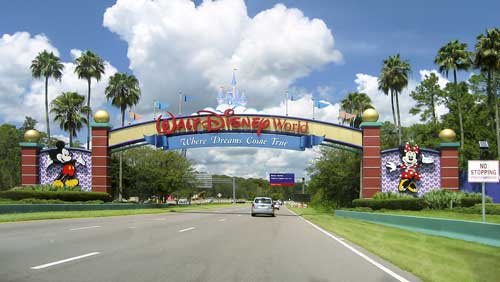 Even Orlando staple Walt Disney World is feeling Matthew’s wrath as we head into PMA week. The theme park is closing for only the fourth time in its history, and while a spokesperson for the park said they expect it to reopen after today, plans are likely based on the storm’s trajectory.

Cathy has said that PMA has activated an issues management team ahead of the show to assess the impact of the storm on Orlando and what facilities and labor are needed. PMA is looking into executing a full communications plan, with further communications to come in the future.

Here’s to a safe storm ahead to the residents of Orlando, and a successful show to PMA and my fellow attendees. See you next week, friends!